Cortana is broken, intrusive, but still a must-have upgrade

Hands On Just over two years after the introduction of both Windows 10 and the "Windows as a service" concept, Microsoft has released the Fall Creators Update aka version 1709, build 16299.

We took it for a spin.

Microsoft’s efforts in making in-place upgrade smooth have paid off. There will always be cases where things go wrong, but the speed and reliability of the in-place upgrade is generally good.

Will you like what you see though? In general, yes. There are a few features that make this a strong upgrade, more so than the first Creators Update earlier this year. One of the first things I did was to enable OneDrive Files on Demand. This displays all your OneDrive files in Explorer, but they only download when needed. Note though that simply installing Fall Creators is not enough. I had to download the upgraded OneDrive separately, then tick the checkbox, and finally (counter-intuitively) choose “All folders” in OneDrive settings. The result makes OneDrive substantially more useful.

Another key upgrade is that the Windows Subsystem for Linux (WSL) is now fully released. Once again, there are several steps involved: enable the feature, install your preferred distro from the Store, run the app to complete. This is a huge feature though for admins, developers and power users, and works like magic in my experience. 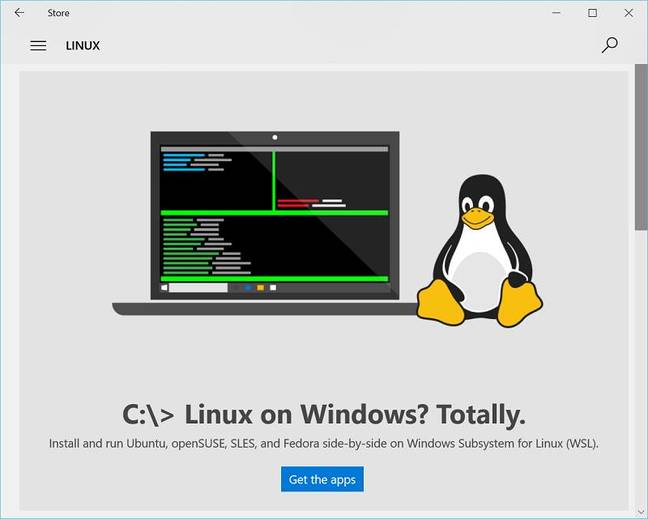 Linux on Windows is fully released

Microsoft is talking up consumer features such as Mixed Reality, Video Remix, integrated Windows and Xbox Store, and pinning contacts to the taskbar. Mixed Reality has plenty of potential, but it is fluff for the general user. You also need a recent PC to run it properly. A three-year old Core i5 laptop struggled when I amused myself by putting a 3D solar system in front of my kitchen kettle. If you want to know if your PC is up to the mark, there is an app for that.

That said, Video Remix in the updated Photos app, which makes a video from the content you select, is a neat trick and genuinely easy to use.

There is also good progress in integrating Windows and Xbox, with an common Store in this release. There is also a new Game Mode which optimizes game performance, available in the pop-up Game Bar.

What happens to Windows as a Service when your PC is too old to work well with the latest upgrade? It is a problem since patch support for old versions, other than specific LTS (Long Term Servicing) editions, is limited.

What about Cortana? In search of the full Windows 10 experience, I enabled “Hey Cortana”, which allows hands-free speech control, and tried using Microsoft’s digital assistant. It is a puzzling experience. When it works, it can be delightful.

Provided that you are working on your own, something like “Hey Cortana, open performance settings” is a quick way to find a buried dialog, for example. The feature is so inconsistent on my system, though, that I consider it broken. It’s odd, because the speech recognition works well. Why then did Cortana correctly open Themes settings the first time I tried, and then on a second attempt open Microsoft Teams instead? Later it failed completely, saying “I’m sorry, I didn’t catch that” no matter what I said, until I rebooted. 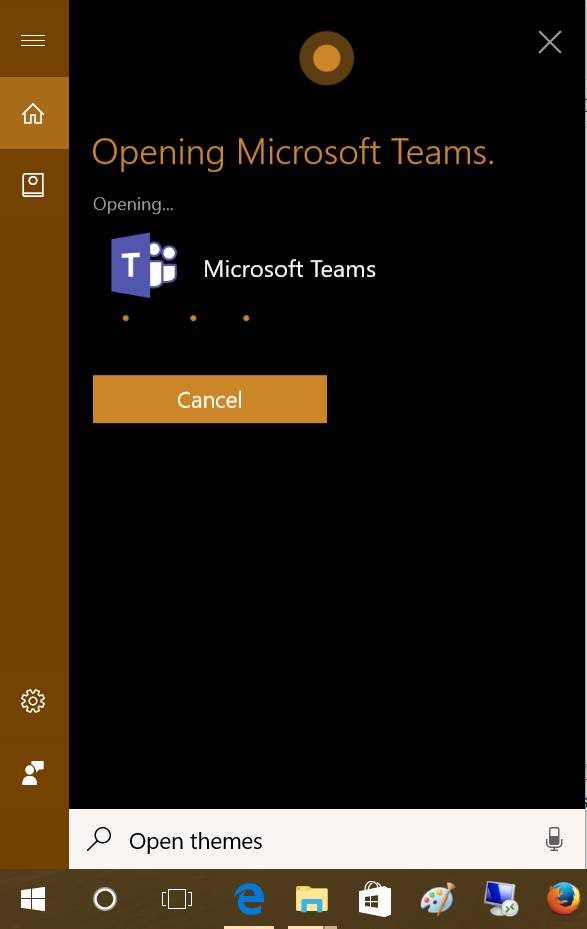 Cortana recognises speech correctly and still does the wrong thing

Microsoft has done good work in assistive technology. New in this version is read-aloud in the Edge browser, which functioned perfectly for me. On top of that there is eye control (needs an eye tracker), improved dictation (mixed results), and use of AI to describe images in the screen reader where no alternative text exists.

Edge, by the way, now runs in an application guard container, kept separate from the rest of the system thanks to a mini hypervisor. If Edge is compromised by a malicious code on a webpage, it shouldn't be able to let that software nasty infect the rest of the computer.

The Windows team continues its efforts to bring more settings to the modern user interface, but this remains frustrating. Left-click the power icon, for example, and you get a new slider that lets you select between “best battery life” and “best performance”. There is a link to Battery Settings with more options. Right-click and choose Power Options and you get the old control panel power plans, with fine-grained settings. It is hard to know where to look, and more consistency is still needed.

Who runs your Windows 10 installation, you the user, or Microsoft? It is a nuanced issue, with a trade-off between the desire for automated security and improvement on one side, and annoyance at losing control on the other. When a mysterious Photos Add On installed itself in Fall Creators, users derided it in Microsoft Store reviews, especially since its purpose is opaque. “I don’t like things being downloaded without my permission,” says the top review. 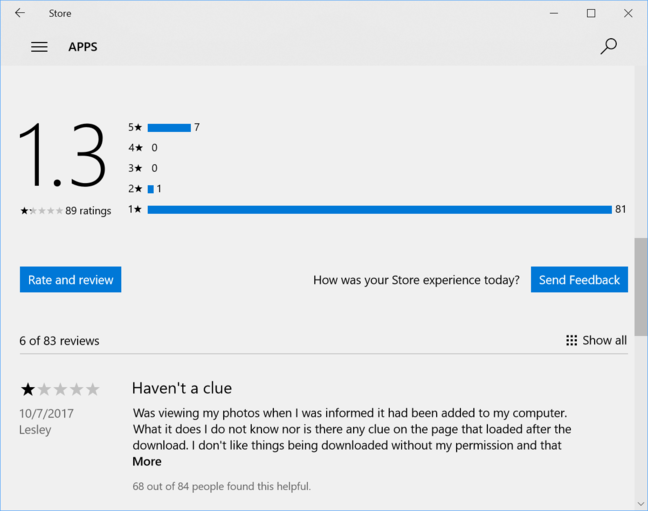 A rough ride for the auto-installed Photos add-on

Windows 10 today is too noisy, not least because of Microsoft’s official apps nagging you for feedback or store reviews.

Microsoft’s strategy is to make Windows more like a mobile operating system, despite the oddness of that thought following the death of Windows Phone. The concept includes automated updates, enterprise management with an MDM (mobile device management) approach rather than traditional tools like Group Policy, and applications from the Store rather than via individual setup applications.

On the phone side, the Microsoft Launcher on Android is now critical to the company’s plans to maintain deep integration between smartphones and Windows.

Should you install Fall Creators? If you run Windows 10, absolutely yes. It is worth it, if only for Files on Demand and the finished Linux subsystem. As for Windows 7, it is an old operating system, and while its more consistent user interface and superior Start menu is still missed, security considerations and missing features are strong arguments for upgrading.

Non-Enterprise editions of Windows 10 will prompt for update automatically, at some indeterminate time, or you can get it immediately here. A full list of features is here. ®