GE goes with Apple: Not the Transformation you were looking for, Satya?

Comment While Microsoft CEO Satya Nadella trots the world plugging his book on “transformation”, some of the biggest enterprises in the world are “transforming” themselves ... away from Microsoft.

Industrial giant General Electric employs 330,000 staff world wide, and can be considered one of the more conservative businesses. But yesterday, GE quietly let slip that it is standardising on iPhones and iPads and will let any GE employee who wants a Mac have one, instead of a Windows PC. It’s hard to think of anyone further from the stereotype of the fad-obsessed Hoxton Strategy Boutique that springs to mind when you think of “Apple in business”.

GE follows the lead of IBM, which has supplied 100,000 staff with Macs, and has been touting the lower cost of Macs in the enterprise as a result. IBM claimed last year that 40 per cent of Windows users called the IT help desk, compared to 5 per cent of Mac users - a shocking figure. A deployment of 90,000 required only five admins. And although Apple hardware costs much more initially, IBM reckons it is making considerable total cost of ownership savings over a four-year period: some $273 to $543 per Mac.

The shift away from Windows to Mac seems to have come as a surprise to everyone, but it shouldn’t be. Enterprise has been a stealth success for Apple after years of not appearing to give much of a damn about business sales. It may still not give much of a damn about business sales, but Apple is so big that even a little counts for a lot. Very quietly last year, Apple slipped into the Top 15 enterprise vendors, with $25bn of business revenue. So what has happened?

Well, Apple got serious, and Microsoft took its eye off the ball.

After years of complacency and falling sales in a category it created, Apple began to take the iPad seriously. The result was much better hardware, and more significantly, the biggest platform update in iOS history. iOS 11 doesn’t do a great deal for the iPhone, but it transforms the iPad into a viable computer. The file manager (sic) isn’t something that seasoned IT pro would design, but overall the workflow is vastly improved. And although you need the latest iPads to take advantage of it, the drag and drop makes the clipboard redundant for many operations. The whole thing exudes confidence.

Ironically, Mac professionals have done little but complain that recent Macbooks are less professional than they used to be. Last year, Apple switched to Thunderbolt 3 before the market was ready, and skimped on the number of ports it made available on the new machines. The “revolutionary Touch Bar” meant the replacement of some very useful keys with a gaudy strip. (Removing the Escape key from a developer’s keyboard is like requiring them to type one-handed.) Not surprisingly, value of MacBook models from 2015 and before has remained high. But it has been a stable platform over the years.

Looking through the Windows

Now let’s remind ourselves what’s been happening in Windows-land.

When Windows became “a service” it became a perpetual beta, in which the end users are guinea pigs. Like clearing the minefield with livestock – it’s a messy way to do things. 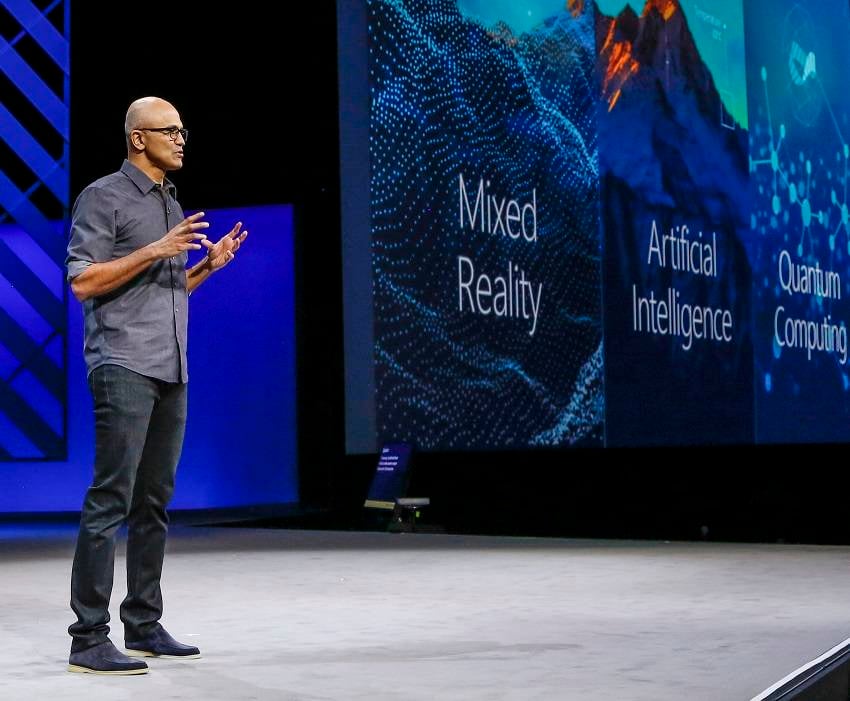 First there came the ultra-aggressive GWX upgrade programme, which force-fed code, bypassing the IT department’s sysadmins. That’s not enterprise-friendly.

Have a look at the features added to Windows 10 in recent releases. In the spring, Windows 10 got a new Games Mode, with beam-streaming from a new Game Bar, and Paint 3D. And in the new one: Story Remix, and Mixed Reality. None of this screams enterprise, particularly.

It’s really been a story of features arriving late or half-baked. The People Hub was tested last year and is still unfinished. Another promising feature like Continuum that the company launches then neglects – as HP Inc. found to its cost. HP bet big on Continuum with an impressive effort, only for Microsoft to push back the improvements it desperately needed in the Continuum portion. Since then Samsung and even Huawei have built Continuum-like features into their Android phones.

And this is probably the clincher for enterprises looking for alternatives to Windows. They like stability. And along with stability, they need clarity.

As Michael Allison points out here, Microsoft rarely announces the “Death” of anything – it either buries the news or pretends it never happened. In April Microsoft strenuously denied it was de-prioritising the Mobile branch of Windows 10, only to confirm those reports in a podcast weeks later. Is Windows 10 Mobile dead or alive, or merely in purgatory, awaiting a rebranding next year?

Is UWP dead or alive? Who knows?

Microsoft’s share price reflects Nadella's willingness to make cuts and cuts and more cuts. And to talk about the cloud a lot. Wall Street has been generous to Microsoft shareholders so far. They’re betting that the cloud is good for any big cloud platform which can eat away at the fat profits enjoyed by partners, such as system integrators and outsourcers. This isn’t a bad bet.

However, Microsoft can no longer offer the end-to-end proposition that served it so well, even if parts of the proposition were far from best-in-class. It owned the clients, and the developer stack, and a large part of the server tier. Now it doesn’t, and if the client base melts away, this doesn’t make Azure particularly compelling.

It may be a cheap jibe, but it needs to be said: if Microsoft is losing its core business on Nadella’s watch and he doesn’t notice – or care – why buy his book? ®