Trading due to begin on NASDAQ today 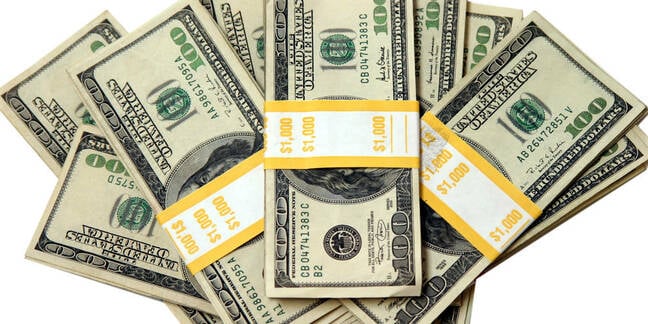 MongoDB hopes to rake in as much as $220.8m when it finally goes public – a move expected later today.

The NoSQL database company, which started life as 10Gen in 2007, has set its share price at $24, up from previous market estimates of around $21.

It is putting 8 million Class A shares on the market, with trading due to begin on the NASDAQ, under the symbol MDB, on October 19. From these, it hopes to raise $192m.

On top of this, it is offering underwriters the chance to buy a further 1.2 million additional shares, which would bump its total up to $220.8m.

With 49 million shares outstanding, the move would value the company at $1.2bn.

MongoDB sells itself as a modern alternative to legacy database vendors like IBM, Oracle and Microsoft.

However, the firm's S-1 form – first published last month – revealed that, despite almost doubling revenues between the financial years of 2016 and 2017, MongoDB is still making heavy losses.

Nonetheless, as one of many companies looking to make a profit from open source, its IPO will be watched closely.

"This event is a market statement that recognises that there is a critical need for a new era of operational data management," said Billy Bosworth, chief exec of another NoSQL database company, DataStax.

"The relational database era is passing, and the new era will have the opportunity for mid-market players like MongoDB and companies such as DataStax with our focus on the enterprise." ®

Let's slip into something a bit more relational: SQL database crowd strikes back with brace of cloudy releases

And you thought this was purely a NoSQL release this week?

Probe reveals US banks just as wide open to hacking