Expert's protip: 'Hope is not an investment strategy' 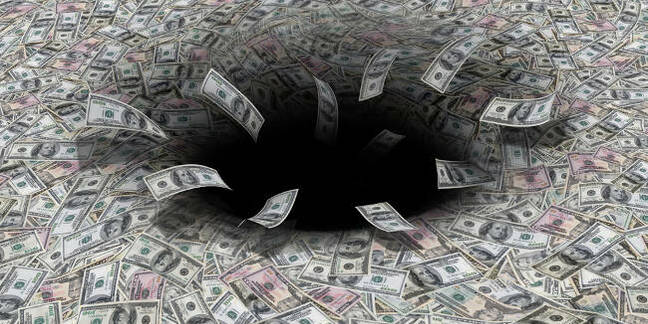 If you threw money at the blockchain startup Tezos during its $232m initial coin offering fundraising round in July, here's something you can learn for future investments.

ICOs are a popular fundraising method for cryptocurrency where you buy tokens to access new networks, and you can make bank* if their value skyrockets. But Reuters reported that a leadership battle between the founders and the Swiss foundation handling its coin offering and computer network could break the venture.

It's a reminder that sometimes things go wrong. Investment insiders tell us there are plenty of red flags to watch out for when choosing an ICO.

Matjaž Slak, a startup coach with blockchain crowdfunding consultancy Cofound.it, told The Register: "Very often in the ICO projects we see founders with little or no experience in running a large organisation" which is "not solved by having plentiful funds."

He said "egos start clashing" which "can spell disaster for the project."

Slak added that "an ICO with no hard cap is asking for trouble" because "they cannot deliver on the expectation" if they collect more money than they can use. They should only ask for what they need for development and have a plan for using it.

Like when investing in any tech startup, he recommended that potential ICO investors look past the great big idea and understand the startup's business plan, the governance structure (making sure there are people with different viewpoints) and the offerings of competitors.

"I see a lot of reason being left at the front door," he said. "Marketing triumphs reason every time."

Swarup was sceptical of the value of digital currencies and believed people back them so they can sell them for a higher price to a "greater fool".

Consider Dogecoin, a virtual cryptocurrency invented as a joke to make fun of Bitcoin and other projects. The market was worth $60m within the first few months.

But because there are "finite people," eventually sellers will run out of "greater fools", Swarup said. Meanwhile, people will probably keep playing, but they should be careful.

"Hope is not an investment strategy," he said. ®

*A substantial profit. Our ageing editor needed the phrase translating.

All that glitters ain't gold, as they say

If there's another use for the tech, venture capitalists aren't particularly interested