Survey: Tech workers are terrified they will be sacked for being too old 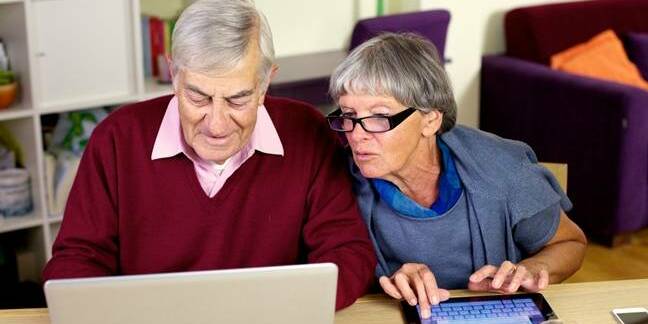 Almost half of tech workers in the US, like Hollywood stars, live in constant fear that age will end their careers, according to a new poll.

Job website Indeed.com surveyed more than 1,000 employed tech workers and found that 43 per cent of respondents expressed concern about losing their job due to age. And 18 per cent said they worried about this "all the time."

The survey falls short of a revelation. Rather, it's a reaffirmation of an issue that has troubled tech employees for years and has prompted lawsuits such as the one brought by Robert Heath against Google in 2015, since joined by at least 269 aggrieved elders.

Heath's lawsuit should not to be confused with the age discrimination lawsuit brought by Brian Reid that Google settled for an undisclosed sum in 2011.

In a blog post to be published today and shared with The Register ahead of its publication, Raj Mukherjee, senior veep of product at Indeed, said that more than a third of those surveyed (36 per cent) reported at least one instance in which colleagues or managers failed to take them seriously based on age.

That's not particularly surprising when industry leaders – who profit from workers who can work long hours due to lack of family obligations – express contempt for seasoned professionals.

Not everyone is so cocksure. A sizable majority of the respondents expressed appreciation of older (40+) workers, with 78 per cent saying they consider older workers highly qualified and 83 per cent affirming that elders have experience and wisdom to share.

Perversely – in the face of the tech industry's evident antipathy to the aged – those answering Indeed's call came across as optimistic about the situation. Some 85 per cent said they believe their company "cares about attracting and retaining a diverse employee base" and half said their company definitely cares.

Yet reversed, that stat doesn't sound great: Half of survey respondents aren't certain that their company cares about diversity.

There are studies that show diverse companies create more innovative products and are more profitable than homogenous outfits. But businesses that celebrate the power of data turn out to be slow to act on it.

Mukherjee argues companies can improve workforce diversity by using age-inclusive language in their communications and job postings. "Removing terms like 'recent graduate' and 'digital native' can go a long way toward encouraging older professionals apply for these positions," he said.

Avoiding arrogant pronouncements about people with experience may help too. ®

Middle management is about to learn just how necessary they are