More than a decade ago, boffins at the Ordnance Survey began working on augmented reality. Now consumer mobile tech has caught up and the agency has launched an AR tool for the man on the street and the woman in the hills.

It was 2006 when Andrew Radburn, a long-standing research scientist at the OS, published his work (PDF) developing a prototype for a handheld AR system using data from the nation's mapping agency.

“In 2005, we were much more into blue skies - what’s going to happen in 10 years, what devices are going to be available?” Radburn told The Register in an interview to mark National Map Reading Week.

“We’d come across augmented reality in other fields, and seen the set ups other people had started to build. In Australia, a team had built a GPS with a large, crash-helmet size, head-mounted display - but we decided to take it in the other direction, and see what we could do that was cheap and without too much custom-built stuff.”

The result was this prototype: an A4-size tablet PC - which was used by surveyors at the time because it provided good visibility in daylight - with various bits of GPS kit attached. A camera was Velcro’d on the back, and a Honeywell compass taped on the side. 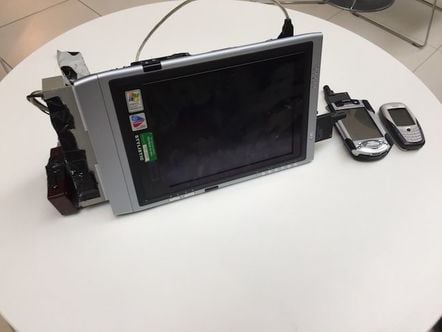 “So you know where you are, and which direction you’re pointing, and you then start overlaying information on top of the live camera feed - you point it at a building and get details on it,” Radburn said. 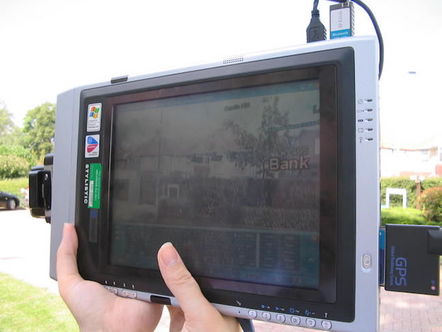 The kit in action

Of course, the team knew they didn’t yet have something a consumer would be able to use - but expected the essential ingredients to be integrated into one device in the future.

“We then parked it for a while, to wait for things to catch up,” Radburn said.

In the meantime, he said, the OS started working on the backend systems to deliver the data.

They picked the work back up again when mobile devices started delivering the accuracy and speed needed, and this is where another OS boffin, Layla Gordon, comes in.

In 2015, the OS revisited AR when it was asked to help attendees at the Digital Shoreditch event in London navigate their way around the dank basement of Shoreditch's town hall.

“Even though it's a small place, it's laid out like a labyrinth and every year people get lost,” she said. 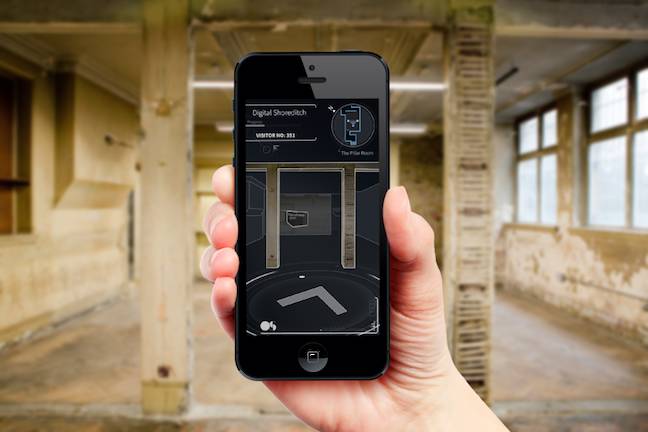 The app in the basement

It helped prove the concept worked, but without GPS reception in the depths of the town hall, the team had to use iBeacons as a position, which, Gordon said, “aren’t very successful in terms of accuracy”.

The OS then added a few more proof-of-concepts under its belt - including one to help staff and patients navigate Southampton General Hospital, and another for utilities companies to visualise underground pipes from over ground - although these haven't been launched yet.

Instead, the first tool the OS has launched is for consumers.

“They asked me if it was possible to show a location in terms of a label to a location within a camera view,” Gordon said.

After discussing it with Radburn, they worked out how to establish where a person was looking and connect to a server that has information about that area, and layer that on top of the camera view.

The tool is now integrated into the OS Maps app, so walkers can hold their phone up to a landscape and see a series of labels pop up on their screen. This allows them to figure out what they’re looking at, regardless of whether they have phone signal.

And if they do have reception, the app also offers extra crucial information like walking routes, or local pubs.

Gordon said that the OS continues to keep its eye on the rest of the tech market, adding that - "as we’re not too far from consumer grade AR headsets” - it is hoping to collaborate with companies developing those sorts of solutions.

But of course, the OS has at its heart the paper map, and that’s where Gordon wants to focus AR next.

“I want to use it to trigger information,” she said, using the example of the three peaks challenge - where hikers will tackle all of the UK’s highest mountains one after the other.

“I’d like to put a 3D version of the peaks rising from the paper map, and add routes on top," Gordon said. 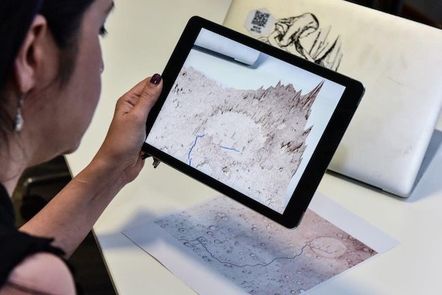 "At the moment, when the pages look flat, you can’t appreciate how challenging they might be. Not that many people are that good at interpreting contour lines; this way you can get a good idea of your route.”

And, despite the OS’s hopes for increased use of such tech when 5G is rolled out across the country and offers people more accuracy, it is using National Map Reading Week to encourage people to develop those skills.

After all, as we put it to the OS team, the technology can fail or reception can cut out - not to mention that kit like the Maps app have a tendency to sap your battery.

Gordon's response? “I think that’s why we always recommend using a paper map." ®

Work to with Uncle Sam? Then source your hardware outside of the Middle Kingdom
On-Prem29 Nov 2022 | 3