Car trouble: Keyless and lockless is no match for brainless 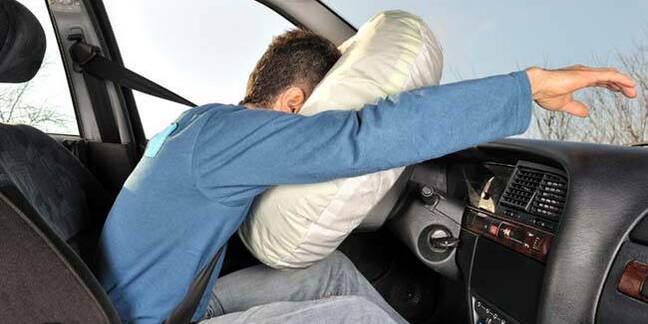 I cut a frustrated figure as I skirted around the bright red vehicle I had rented just 45 minutes earlier at an airport desk partially illuminated by the Mediterranean late summer sun. I then parked it and wanted to walk away but couldn't enable the electronic door locks.

Mme D, who usually relies upon les compétences techniques domestiques de son mari, watches on with surprised concern. This man, she recalls, has retrieved countless lost documents, booted up dead computers, fixed unresponsive keyboards, paired stubborn Bluetooth devices and even managed to spellcheck an entire Microsoft Word document in one pass without it crashing every fucking two seconds. Yet he can't work out how to lock the doors on a car.

Renting a fresh new vehicle while abroad is usually a very exciting experience because our car at home is such a heap. Ours is hardly a classic model but it's on the cusp of surviving into its second decade. It's bashed, dented and scratched. The seat fabric seams have split. The steering wheel is now so stiff that it feels like piloting a tank.

It's ready for scrappage but we just can't part with it.

You see, we gave it a name, which means getting rid of it would be an act of murder. Mme D feels loyal to it. I feel sorry for it. The kids have thrown up on every surface. It's our car.

So when I settle in to the soft driver's seat of a hired vehicle that probably rolled off a production line barely a few months ago and, so far, remains entirely untainted by infant vomit, and with all its blinking LEDs and knobs and buttons and USB ports and shit, I feel as if I've stepped into a 1960s sci-fi B-movie. I'm like Dee-Dee in Dexter's Lab: "Ooh, what does this button do?"

As usual, though, I don't have time to play with my shiny new knobs before setting off. It's enough to check that I can operate the windscreen wipers and have discovered in which ridiculous location the manufacturer has installed its unnecessarily proprietary headlight control.

Manufacturers, I ask you, what's up with that headlight business? I mean, all I want are headlights that turn on or off, full-beam or dipped. An on-off switch would suffice.

But no, you insist on re-inventing the user interface for every model. I've driven cars with headlights that were operated with dials, rocker switches, flaps, knobs, sticks, multi-button matrices, rotating cylinders, foot pedals, slide rules, winches, seesaws, ox-drawn pulleys and cauldrons of magic potion that Obelix fell into as a baby.

Hang on a sec, that gives me an idea. It's worth a try. [Cue: sounds hammering, slapping, sawing, yells of "By Toutatis!" etc]

Never mind. I'm also aware that some manufacturers are worse than others at doing such stuff. Citroën is famously barmy, as I mentioned in a previous column. I once borrowed my brother-in-law's sporty Citroën hatchback and was already half an hour into my journey when its theft alarm launched into life, complete with high-pitched klaxon and warning lights a-flashing – while I was driving.

Hurtling down a motorway while an electronic scream generated inside the chassis is making your ears bleed is no fun, I can tell you. In fact, it is so distracting you barely notice the accusing stares of your fellow motorists or the flashing of their camera phones they take incriminating shots and upload them to carthiefgetthebastard.org.

Having parked in the hard shoulder and walked 100 yards further on just to get away from the noise, I phoned my brother-in-law for advice. He told me to open all the doors, slam them shut again, lock them, unlock them, get back in and drive away.

This worked. The only explanation I can think of is that Citroën's car alarm was running on Windows Vista.

Today, though, the unresponsive git is a Nissan Juke. It simply refuses to be locked and every attempt provokes an ugly cheep-cheep-cheep noise as the incomprehensible locking system expresses its annoyance.

The Juke won't be running on Vista but I suspect it might be using the ever-expanding MYaaRS platform. Indeed, MYaaRS is getting bigger all the time. Maybe that's the problem: too many people are trying to get their hands on MYaaRS and, as a result, MYaaRS is being spread too widely.

Either that or Nissan's locks require two-factor authentication.

Nothing I do seems to work. I have tried using the Lock button on the keyfob, I have tried the (secret) key hidden inside the fob itself, and I have tried pressing anything that looks pressable on and around every door and the boot.

I can see faces at the windows in the blocks of flats overlooking the little car park where I am now dancing frantically around the vehicle while shouting at it.

Then, a brainwave. I make the most of my free European data allowance (Brexit is still 15 months away) and run a web search on my smartphone using the expression "How the flying fuck do I lock a Nissan Juke?" Even allowing for autocorrect changing my expletive to "flying duck", Google has found no fewer than 900,000 results. Only half of these have anything to do with ducks.

Most of the rest are from panicked motorists finding themselves, like me, unfamiliar with Nissan's unique system for locking the doors or, perhaps more ludicrously, unable to unlock the doors to their own cars.

In the end, I download a Juke manual that turns out to be 4,000 pages long in 47 languages including Sanskrit, Latin and Klingon, but it's for the wrong model. I have also found a couple of YouTube videos narrated by cheerful American women who sound so thrilled about helping me operate the doors of this car that I worry for their mental health.

I may have got this wrong but I think she said that I should lock the doors by pressing a button the keyfob while turning the key anti-clockwise (or clockwise in the Southern Hemisphere), flicking a disturbingly clitoral rubber bean button under the door handle, and standing upright with the forefinger of my free hand thrust into my ear while shouting "I'm a letter P!"

Sci-fi cars? This is just the beginning. Everything will be like this in the future, so we'd better get used to it.

Alistair Dabbs is a freelance technology tart, juggling tech journalism, training and digital publishing. He’s been driving in his car. It’s not quite a Jaguar. But he’s satisfied he’s got that far. Most remarkable of all, he has also once driven up Muswell Hill but let’s leave it at that. Therein lies madness.

After complaints over leaked Voice Assistant recordings, Google says: We hear you

Hear, hear: The first to invent idiot-cancelling headphones gets my cash

Something for the Weekend, Sir? Listen to me, Palmer, I said listen to me