You're designing an internet fridge. Should you go for fat HTML or a Qt-pie for your UI? 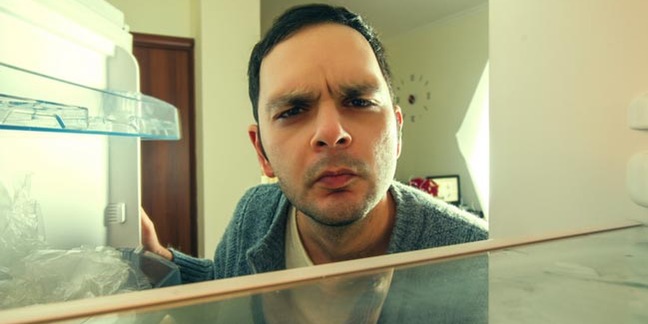 The Qt Company would like to remind developers that JavaScript and HTML suck, at least in the world of embedded devices.

The 23-year-old outfit, based in Espoo, Finland, happens to make an alternative: the eponymous Qt application framework, which provides an way to build interfaces using C++ and some other languages.

So the software biz isn't exactly a disinterested party here. It recently issued a whitepaper – a marketing PDF, by any other name – claiming that appliance makers can save millions by using Qt instead of web tech to build device interfaces.

The paper, written by Burkhard Stubert, who runs consultancy Embedded Use, states that while companies like Facebook and Netflix have failed to achieve 60 FPS and 100ms response times on anything less than a system-on-chip (SoC) with four ARM Cortex-A9 cores, Qt can manage comparable responsiveness on a single-core Cortex-A8 SoC.

Applied to an unnamed appliance-making client, with a production run of a million units, Stubert projects a potential cost savings of 53 per cent – €11m ($12.76m) – through the use of a €10 SoC with a single Cortex-A8 core rather than €21 SoC with four Cortex-A9 cores.

Andreas Gal, CEO of Silk Labs and former CTO Mozilla, in a phone interview with The Register, said the decision about whether to use Qt or HTML is nuanced and depends on the specifics.

HTML, said Gal, developed in the desktop age and had different requirements for responsiveness. "On a desktop screen, there's more time to respond," he said. "On a phone, you have to render 60 FPS instantly or it feels unnatural."

When Mozilla was working its web-based phone operating system Firefox OS – 2011 through 2015 – it wasn't obvious whether HTML was ready for such devices.

Responsiveness was a real problem in the early days of HTML, said Gal, and on top of that, mobile devices had less computational power at the time and HTML rendering was not optimized.

Some of those concerns, said Gal are still valid. "It's still very hard with HTML to make performant applications," he said. "You need a lot of experience. On the other hand, it's very much possible to create a good HTML experience. You can write web apps that are as responsive as native Qt, but you have to know what you're doing."

Qt's pitch to potential clients is that knowledge can be hard to come by.

In an interview with The Register, Carl Engh, director of product marketing at Qt, said: "You can optimize performance using HTML and JavaScript but you need really experienced developers. Only companies like Netflix can get a hold of these types of developers."

Gal said web technology has a huge advantage in terms of its ecosystem. But he suggested there's a another option, React Native (a framework for building native apps with Facebook's React Javascript UI library). It combines the best of both worlds by offering web tooling with native rendering, he explained.

"If you were to ask me today whether to build an app in HTML or Qt, I'd say React Native," he said. ®

Gamers get a chance to battle an AI on the QT. Plus: Robo-marines, and fisticuffs over facial recognition in Detroit

Digia gives Android and iOS devs a chance to get Qt

One library to rule at least 14 of them

The library that's too cute to kill