Why you can't boycott the Mail: Google makes a mint from 'fake news'

Publishers hiding their identity from advertisers accounted for 60 per cent of Google's news network ad revenue in a study conducted by a non-partisan ethics watchdog.

The Campaign for Accountability examined over 1,000 "hyper-partisan" news sites frequently associated with "fake news", including Breitbart and the Mail Online.

The Google Display Network monetises over 2 million websites, but makes no provision for advertisers to remove content from sites they consider to promote misinformation or inflammatory views.

"Right-wing" sites comprised 65 per cent of the sample, according to Google, and "left-wing" sites 13 per cent while the revenue share was 68:4. But they cannot choose to respond to consumer pressure and remove advertisements from a specific publisher.

"Rather than scrutinize the content itself, the rules simply shift the burden of finding and flagging objectionable material from Google to advertisers," the report reads. "Under Google's system, it is incumbent upon advertisers to identify and blacklist specific domains that they find objectionable."

Google makes a provision for "hyper-partisan" sites but the CfA notes that this includes false positives. The "Trump Excel" website promotes an ebook on mastering the Microsoft spreadsheet – and has nothing to do with The Donald. 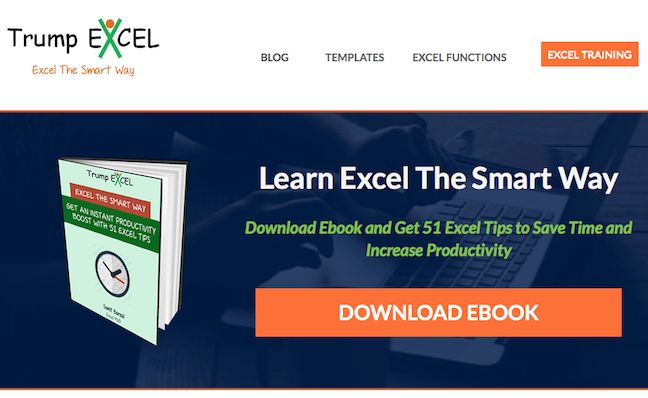 Poor old TrumpExcel.com found itself in the "hyper-partisan" category

At one level the CfA study merely shows the huge popularity of right-of-centre amateur or low-budget websites, and that should reflect a healthy and diverse marketplace. But the level of obfuscation means that consumers and media buyers are unable to engage directly and boycott sites they deem to peddle fake news or inflammatory views – something they were able to easily in the pre-digital age.

You can read a summary here or the full report here (PDF). ®