Geonerds, how would you like to work with raw GNSS data at nanosecond accuracy?

That's what Google's Android folk are promising with the release of a set of Linux/Windows/MacOS desktop tools that accesses the raw GNSS outputs from Android phones' GNSS receivers.

Created for phone designers, The Chocolate Factory has decided the raw GNSS data is also valuable to researchers, writing that the data “allows you to see the behavior of the GNSS receiver in great detail, including receiver clock offset and drift to the order of 1 nanosecond and 1 ppb [part per billion – El Reg] and measurement errors on a satellite-by-satellite basis.

“This allows you to do sophisticated analysis at a level that, until now, was almost inaccessible to anyone but the chip manufacturers themselves”, the post continues.

The software is Matlab-based, but it's compiled into an executable so users don't need a separate copy of Matlab.

The chips in modern smartphones track GPS, GLONASS, Galileo, BeiDou and QZSS constellations, and Google's image shows a bunch of satellites using the L1, L5, E1 and E5 bands, as tracked by one dual frequency chip. 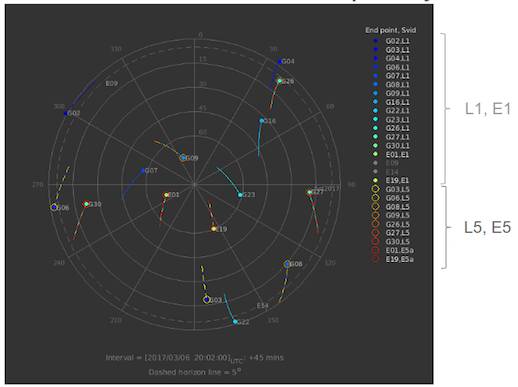 There's more information at the GNSS Tools site, and the code is at GitHub.

The repo notes the code reads data from GnssLogger, computes and visualises pseudorange (the calculated distance between satellite and receiver), computes weighted least squares position and velocity, and if it's in the logfile, view and analyse carrier phase. ®