We're holding it wrong! Of course!

EuphemismWatch Just as it was hard for courtiers to tell the Emperor he wasn't wearing anything, the first iPhone X phondlers won't admit that Face ID will frustrate owners and make them work hard just to unlock the phone without a PIN. The reviewers don't want to spoil the fairytale.

Face ID is Apple's new and incredibly complex face recognition system: the answer to a question nobody was asking. Apple is so confident in Face ID that it has dispensed with the reliable Touch ID fingerprint sensor. When Face ID fails you need to type in the six-digit PIN password – a real pain. But is Face ID actually more convenient or reliable than fingerprints?

Apple has given selected media (not us, obvs) 24 hours with the iPhone X before snatching them back, something it's never done before, ever. Because obviously Apple is really, really confident about the Face ID technology. Right?

Join us as we count the euphemisms for "face recognition system doesn't quite work".

And where better to begin than with the world's longest serving fanboi Steven Levy.

"Does it work? Pretty much," says Levy, in a less-than-ringing endorsement in WiReD magazine. But wait. "How it has dealt with my own real-life face is another matter. There have been times when, despite a clear view of my face, the iPhone X has ghosted me." 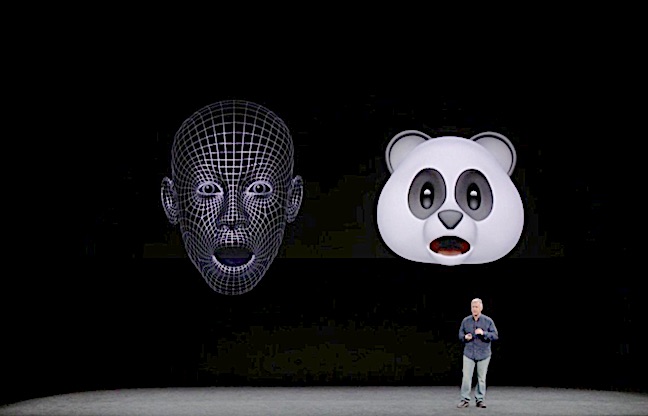 Never mind the ropey Face ID. It's Your Face. On a poo.

Woah. That's not good. Levy passes along Apple's explanation: You're looking at it wrong.

However, that's not actually a joke. It's the official advice, reminiscent of Steve Jobs' edict after Antennagate that we were all just holding it wrong.

"I had a lot of problems pulling the iPhone X out of my pocket and having it fail to unlock," Patel admits. As with Levy, Apple then issued another clarification – note that it's doing a lot of hand-holding here.

"Recent Apple products have tended to demand people adapt to them instead of being adapted to people, and it was hard not to think about that as I stood in the sunlight, waving a thousand-dollar phone ever closer to my face."

"Apple clarified that Face ID works best at a distance of 25 to 50 centimeters away from your face, or about 10 to 20 inches. That's closer than I usually hold my phone when I pull it out of my pocket to check something, which means I had to actively think about holding the iPhone X closer to my face than every other phone I've ever used."

Well, that's a Great Leap Forward in usability, don't you think? I'm sure as you read this, manufacturers are tossing out their generally reliable Touch ID sensors to produce a crappy facial recognition system that turns you into Mr Magoo.

The Verge concludes that Face ID is great on those few occasions when reality isn't interfering.

"...go outside in bright sunlight, which contains a lot of infrared light, or under crappy florescent lights, which interfere with IR, and Face ID starts to get a little inconsistent. I took a walk outside our NYC office in bright sunlight, and Face ID definitely had issues recognizing my face consistently while I was moving until I went into shade or brought the phone much closer to my face than usual. I also went to the deli across the street, which has a wide variety of lights inside, including a bunch of overhead florescent strips, and Face ID also got significantly more inconsistent."

But mindful of next year's iPhone XI, The Verge reckons it's better than Touch ID. It doesn't sound like it at all from here, but that's tech blogs for you in 2017. More obsequious than Hollywood press. And look where that got us.

Levy notes that the most impressive is the poo emoji, which isn't exactly a ringing endorsement of a £999 gadget. Send for the Gruber! ®