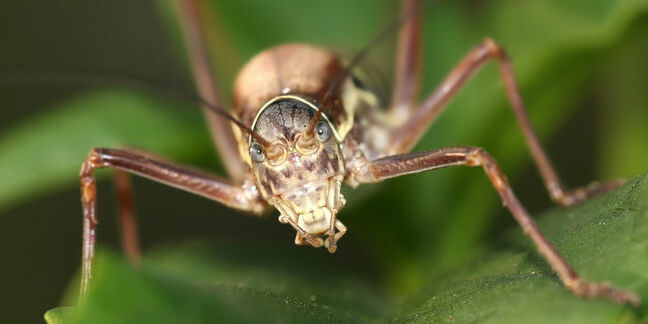 The outgoing executive chairman of Cisco, John Chambers, has made no secret about his desire to invest in drones in his life after the Borg. But now he has also revealed his passion for cricket farming.

Speaking at the Techonomy conference for the last time before stepping down as chairman of Cisco next month, Chambers spoke at length about his support of the insect... as a future food source.

As such he has invested in the Aspire Food Group, based in Texas, which claims to run the world’s first automated cricket farm.

He said: "The primary source of protein you will be having within your life, definitely within 20 years and maybe within 15, will be insects,” adding, “they're the cleanest form you can produce at least challenge to the environment."

He reckons the tasty morsels will be consumed by everyone, and will be served in high end restaurants as will be used to solve world hunger.

But wait, there is also a tech angle. Chambers believes that the move to transition to an orthopteran diet is tied up in the Internet of Things, robotic farming, and capturing the cloud data capability “to grow this faster and safer than we have done before.”

Chambers says he plans to invest in around 10-12 startups, particularly in the field of drones. He has already invested in  Airware, which  creates drone software for businesses and counter-drone security firm Dedrone.

However, he warned the the US risks falling behind when it comes to funding new businesses.

“We think we’re the best at startups,” he said, “but we’re the worst. We used to be a country of dreamers. I think we’ve lost our ability to dream,” he said.

Chambers was named executive chairman on July 26, 2015 after he stepped down as CEO - handing the reins to Chuck Robbins. He joined Cisco as head of sales in 1991.

He was granted the honorary title of Chairman Emeritus - proving that no one, truly, leaves the Borg. ®

Come to Pune or miss the bus, apparently. Also, you rock harder than Shelbyville