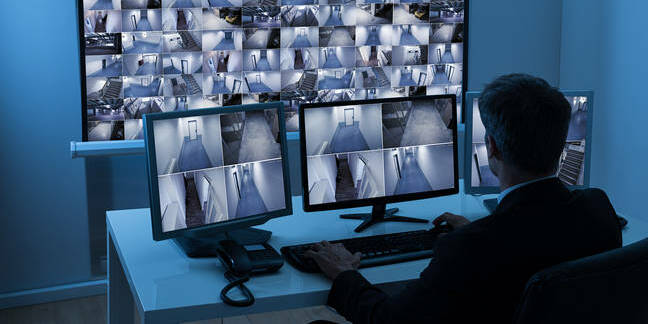 The UK's surveillance laws have been put under the spotlight today as the European Court of Human Rights (ECHR) heard legal complaints against the government's spying powers.

The landmark hearing in Strasbourg is the first time the court has been asked to rule on the legality of the UK's surveillance laws.

It is part of an ongoing set of legal challenges against the government's mass surveillance activities launched after US whistleblower Edward Snowden's revelations in 2013.

Campaign groups lined up to challenge the government over this, arguing bulk interception and intelligence sharing violated the rights to privacy, fair trial and freedom of expression set out in the European Convention on Human Rights.

Now, four years after Privacy International and nine other human rights organisations first lodged a claim against the government, the case has made its way to the European court for consideration.

During this time, the UK's own Investigatory Powers Tribunal – the secretive court supposed to keep the spies in check – has ruled that bulk surveillance was unlawful only before Snowden's leak because after that the data slurping was no longer secret.

That tribunal also found that the UK government had carried out unlawful surveillance on NGOs including Amnesty International.

The applicants in the case, which also includes the Bureau of Investigative Journalism, argue that, as well as being a violation of privacy, the interception of data could have a chilling effect on their abilities to carry out their work.

"Our organisations... work with whistleblowers, victims, lawyers, journalists and campaigners around the world, so confidentiality and protection of our sources is vital," said Martha Spurrier of Liberty.

"The UK Government's vast, cross-border mass surveillance regime... has made those protections meaningless."

The government, meanwhile, has consistently said that interception of communication is necessary for national security, and that it does not equate to a substantial invasion of privacy, unless the communication is chosen for examination by a human.

Today's challenge has been hailed as a "watershed moment" by campaigners, with Amnesty's Nick Williams telling The Register that it was unusual for the ECHR to hear oral evidence – it only holds about four oral sessions a month.

"It was a privilege to get that attention, and the opportunity to make the case, and I think we made it well," he said.

The hearing, which lasted about three hours, began with 45-minute opening presentations from both the government and the applicants, before the nine judges were able to pose a set of questions.

Most were directed at the government, with many aiming to clarify some of the more technical aspects to the case.

They included questions on exactly what safeguards and oversight mechanisms are in place, who controls the activation of interception, the ease with which warrants are granted for communication interception, and how information is selected for human analysis.

Both sides were then allowed to respond to the questions in a final statement, which saw the government's QC, James Eadie, argue that there were proper checks and balances in place, while the applicants claimed there wasn't a truly independent mechanism to keep the agencies in line.

Williams told The Reg that he was "very pleased" with the way the questions had gone, saying the government had "faltered" in the session.

"I think they were on the back foot by that stage and we were increasingly confident," he said. "Whether that translates into a positive result is a totally different matter, but we made the case well."

The judges will now consider both the written submissions made before the hearing and the evidence given in the session. It is expected that the judgement will be delivered some time in early 2018. ®

Investigatory Powers Act: You're not being paranoid. UK.gov really is watching you

Comment Civil rights group Liberty has plans on that

Whitehall can't even convince UK it's not watching everything we do

Want to eyeball retained data? You need a decent reason

IPBill Your homes may be your castles, but your browsing histories belong to UK.gov