Snap: We've blown $3bn this year and Tencent wants to give us more

Shut up and take my money! 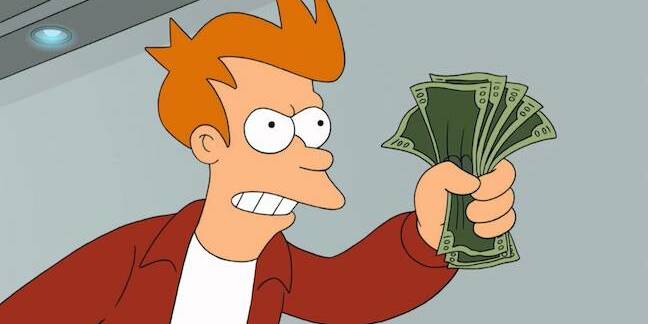 The photo sharing company slipped the disclosure into yesterday's remarkably poor quarterly earnings report, saying the 145 million shares were a non-voting stake and would not be subject to much scrutiny from regulators.

"In November 2017, Tencent Holdings Limited notified us that it, together with its affiliates, acquired 145,778,246 shares of our non-voting Class A common stock via open market purchases," Snap told the SEC in its 10-Q report.

"As a result of our ownership structure, Tencent and Snap are not obligated to disclose changes in Tencent’s ownership of our Class A common stock, so there can be no assurance that you, or we, will be notified of any such changes."

The purchase gives Tencent a roughly 12 per cent stake in Snap Inc, which will help fund a revamp of its Snapchat service to be easier to use. The company says it is hoping to grow its customer base as it tries to climb out of what was a $443m loss from July to September.

For the calendar year, Snap told investors it has racked up a staggering $3.1bn in losses, though the company claims most of that is from stock-related charges it took around its March IPO (side note: Snap shares are currently trading at $12.90, nearly half the price they fetched on their first day of trading).

Interestingly, Snap also views its newest backer as one of its competitors, listing Tencent alongside Google, Apple and Facebook among the larger companies who, in Snap's own words, "offer products and services that may compete with specific Snapchat features." ®