Microsoft pals up with partners for threat-hunting

Windows Defender Advanced Threat Protection first landed as a public preview in September, and now its general availability, Microsoft has announced a bunch of partners to give it cross-platform support: Bitdefender for Linux and macOS, Lookout for iOS and Android, and Ziften for macOS and Linux).

DK told us the demand came from Microsoft's enterprise customers, who having seen Microsoft's code wanted the system to cover non-Windows devices.

“When MS pitched their Windows Defender Advanced Threat Protection (ATP) solution to their customers, they liked seeing Windows-based malware detection … they expressed the need to see that information in the same console from Mac/Linux,” DK told The Register.

In particular, he said, macOS machines were nominated as popular in the executive suites, and Microsoft didn't have coverage of them. That's made them an attractive target, and “in the last couple of years we've seen a spike in attacks”.

That contact, “around four or five months ago”, set off the integration effort, and DK said the two companies' engineers got the work completed within a quarter. 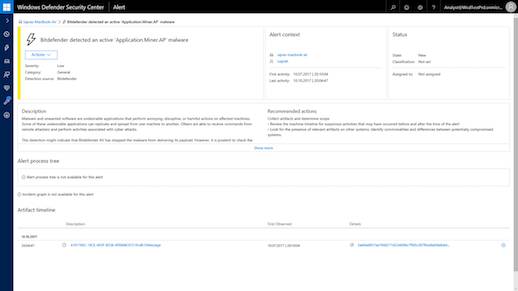 He said the current capabilities will be expanded, with Bitdefender increasingly seeing “platform-agnostic script-based attacks” that can affect Windows and macOS alike, and defences against those threats are part of the company's plans.