Brace yourselves, fanboys. Winter is coming. And the iPhone X can't handle the cold 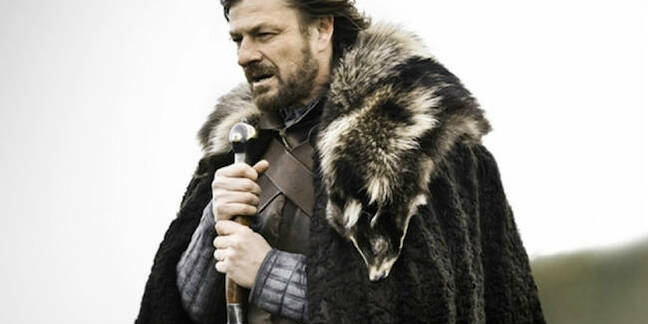 Apple's $1,000 iPhone X may have trouble operating in the winter weather.

This is according to multiple complaints from owners and an admission from the Cupertino idiot-tax operation itself that, in cold temperatures, the OLED touchscreen on the shiny new handsets can become temporarily unresponsive.

We're told that, when taking an iPhone X outside in chilly weather, folks found the expensive mobe struggled to notice finger swipes and gestures. One might say, you're colding it wrong.

"It literally takes two seconds from going inside to the cold outdoors and my screen stops being very responsive," said one punter. "I try swiping on websites and it doesn't register my finger. It's very noticeable."

The iPhone X uses a 5.85-inch OLED display, and apparently it is particularly sensitive to changes in temperature. The timing of the engineering blunder is going to be particularly troublesome, as the autumn weather turns to winter for much of the world and temperatures drop.

Tim Cook and co are aware of the cockup, though, and are planning to, somehow, attempt a fix with an upcoming iOS firmware update. How that's going to work is anyone's guess at the moment.

"We are aware of instances where the iPhone X screen will become temporarily unresponsive to touch after a rapid change to a cold environment," Apple told Cupertino-aligned blog The Loop.

"After several seconds the screen will become fully responsive again."

It looks, however, as though the iPhone X's touchscreen isn't the only thing stalling at Apple. The Silicon Valley giant's latest diversity report, out this week, shows efforts to integrate women and underrepresented ethnic groups – ie, not white or Asian – are stalling.

Apple said that, over the past year, its overall percentage of women employees was flat at 32 per cent, while underrepresented minority employee levels were only up one per cent, at 23 per cent overall.

The bright side, said Apple, is that among its younger ranks – employees under 30 – women have better representation at 36 per cent and underrepresented minorities 31 per cent, including half of all new hires.

At the top, though, Apple looks pretty much the same: pasty, white and male. In positions categorized as "leadership" roles, women account for just 29 per cent, and underrepresented minorities just 11 per cent. ®