A sky survey destined to add yet another firehose of data to astronomy saw first light in early November.

The 576-megapixel monster, known as the Zwicky Transient Facility (ZTF) was installed on the 48-inch Samuel Oschin Telescope at Palomar, and captures 47 square degrees of sky in each image. As Caltech's announcement stated, that's an area equivalent to 247 full moons. 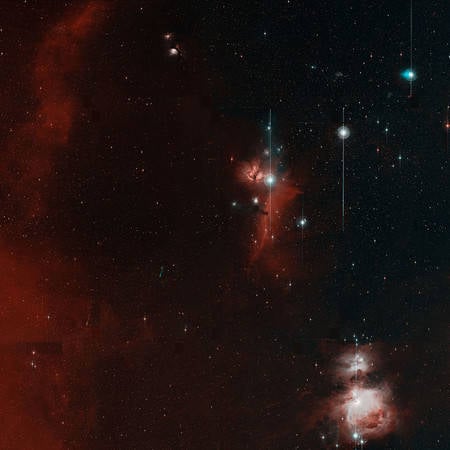 ZTF is the successor to the Palomar Transient Facility, first commissioned in 2009. It sees seven times as much sky at any given time than its predecessors and thanks to faster electronics captures images 2.5 times faster.

Images captured by the 'scope will be sent to Caltech's Infrared Processing and Analysis Centre, whose computers will shrink the images down to a mere four terabytes of storage per night.

ZTF partner the University of Washington (UW) said, in a statement, that the telescope is due to go live in February 2018, and it will capture the entire northern sky each night.

It's hoped those images will capture transient events, “identifying events ranging from supernovae millions of light years away to near-Earth asteroids”, UW said. That's very much like old-school manual astronomy, comparing photographs on a “blinker” to spot objects that change, but much faster, with a larger sky area per image, and sensitive to much fainter events.

ZTF's role will be identifying the transients: after that, other facilities will conduct the follow-up observations.

UW said its astronomy department put together a dedicated big data team for the ZTF partnership. Assistant professor of astronomy Eric Bellm said “given how much of the sky ZTF will image each night, that could be tens of thousands of objects of potential interest identified every few days”.

ZTF collection will be published as open data.

Extra technical tidbits about the 'scope have been published here. ®