So what does EE's 5G test really signal? 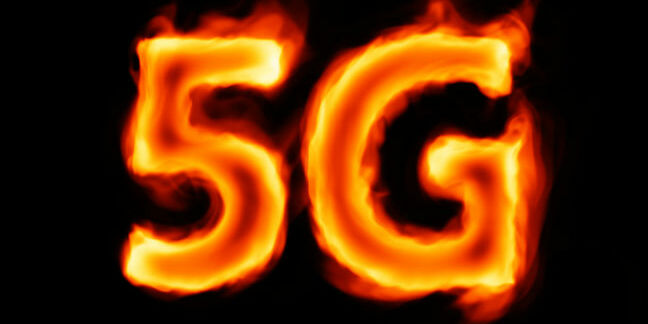 Brit mobile operator EE has proudly announced the success of a "breakthrough test" for 5G, but what do these tests signal for future 5G usage?

BT's mobile arm, with the assistance of Huawei, recently managed an end-to-end connection with a stable speed of 2.8 Gigabits per second, and a latency below 5 milliseconds. For reference, 4G achieves around 14Mbps with 60ms of latency, with 4G+ at 40Mbps and 30ms of latency.

Tom Bennett, EE director of network services and devices, said: "The network architecture we’ve proven… is a huge step forward, and will drive our ambitious rollout timetable to be first for 5G.”

Certainly from a lab test perspective - if not a real world one - the results sound promising.

The hardware and testing

The network test used hardware designed by Huawei, and was broadcast from a virtual core network through a 64x64 "massive MIMO antenna unit" (massive multiple-input multiple-output unit, which consists of 64 transmitting and 64 receiving antennas), much larger than the typical 2x2, 4x4 or 8x8 MIMO systems used for 4G networks.

They ran the test on 3.5Ghz – close to frequencies Ofcom intends to be used for 5G, and which it will be auctioning off to networks pending recent legal challenges.

Caroline Gabriel, research director and co-founder of analyst firm Rethink Technology Research, said there is potential in EE's use of a virtualized core and its large scale MIMO setup. "Our operator research is showing that both these will be key 5G elements."

However, she noted one potential issue with this test is the fact it is only using one supplier's systems. "Many operators want to deploy such technologies in a multivendor environment. A more significant end-to-end 5G test might be one using different vendors' cores and RANs (radio access networks, the intermediary between a company's systems and a user's device)."

Sam Barker, senior analyst for Juniper Research, also had concerns about how the test would translate to use outside the lab. "These results are promising, but we can't take these results as face value just yet. It remains to be seen if these are the speeds consumers will witness once 5G has reached wide-scale adoption in the UK."

William Webb, CEO of wireless software standard-pusher and special interest group Weightless, agreed. ”I don't see this [test] as a break-through, rather just another stage in a necessarily long process of initial laboratory testing."

He also said that the virtual network and the MIMO antennas technologies would be "likely to be complex to implement outside of the laboratory on live networks. I would see real-world test deployments as more of a sign that 5G is technically ready and workable."

Although EE's test might be unique in the UK, and is advanced compared to the rest of Europe, it is quite far behind efforts in other parts of the world. Trials have been active for several years in the US and Asia, and have posted far more encouraging results. For example, Huawei and NTT DoCoMo in Japan have conducted several tests since 2015, posting faster download speeds and progressing to trials outside of the laboratory.

EE is at least ahead of its UK rivals for now. Vodafone has come the closest, having also carried out tests with Huawei and Ericsson around Europe and in the UK, using different technologies and frequencies to EE. Telefónica has conducted its own trials, the results of which will have filtered down to subsisdiary 02, and Three, while not testing, is making upgrades in preparation for 5G. So while EE's test is not completely unique amongst its competitors, it has made the most concrete progress towards a 5G network in this country.

It could also be debated whether it is worth putting this quantity of time and money into 5G when 4G still has space for improvement. 4G's standard is named Long Term Evolution after all, and while it has received an update in the from of LTE+, the consistency and coverage is still problematic across the networks.

Furthermore, while carriers will be glad to start selling new 5G-enabled equipment, the mobile operators have already voiced discomfort about the significant costs of upgrading their systems.

The major reason behind the push for 5G is its greater bandwidth, which would allow more devices to connect without slowing the network to a crawl. The greatly hyped Internet of Things, with its connected bits and pieces, needs this to continue developing. Another benefit that 5G will bring is network slicing, the ability to divide the physical network into different virtual "lanes" to better suit the needs of each "use case", for example: Driverless cars need low latency, but transmit and receive a low volume of data, while video downloads consist of far greater quantities of data but are less affected by latency.

The specifications for true 5G have yet to be agreed upon by 3GPP, the international association of telecoms groups. However, as a stopgap measure, the group has settled on an intermediate standard, called "non-standalone 5G".

This version uses existing 4G networks as a basis for 5G quality signals, improving current mobile internet access and allowing large scale tests to take place while the final version is perfected. Therefore EE's work, which follows this standard, is likely to have a positive impact for current users before the expected release of standalone 5G around 2020.

Dario Talmesio, principal analyst for Ovum TMT Intelligence, was focused on what the tests could mean for existing networks. "The most interesting part of the trial is in the fact that they demonstrate the capability of massive MIMO. MIMO's potential can be exploited way before 5G.

"The test shows impressive potential in speed and latency gearing up to 5G's launch, although that's still years away. What it will more likely be leading to is a continuation of 4G's success story."

It's quite clear by this point that the UK will not win the race for 5G, even with EE's work. And in terms of plain numbers, EE's tests do not better those which came before it. However once non-standalone 5G is given the green light by 3GPP, which is expected to happen in March 2018, these tests have the potential to be translated into improvements for 4G broadband in the near future.

So all that remains for EE to do is the not insignificant task of making this work for millions of users in the real world. ®