Hey, cop! You need a warrant to stalk a phone with a Stingray – judge

Knew we shouldn't have told you about that mobe-tracking gizmo 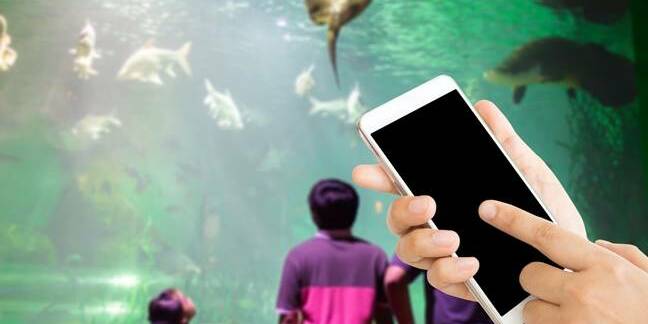 Analysis A New York judge has this month told cops that they need to get a warrant before they can use a controversial Stingray phone-tracking gadget to hunt down suspects.

Justice Martin Murphy of the Kings County Supreme Court said the New York Police Department (NYPD) could not use crucial evidence it gathered while trying to locate a shooting suspect. That includes a subsequent line-up in which the victim identified him, because it had used the Stingray to track his location.

The NYPD has said it will move forward with the case of Shuquan Gordon, accused of shooting Travis Browne in Brooklyn back in February 2016, regardless. But the judge's decision has put a question mark over what is thought to be widespread use of the technology by American police to track down suspects.

An interesting detail in the case is that the NYPD clearly knew that it had to be careful with its use of the Stingray device. The detective charged with tracking down Gordon, Detective Brown of the Warrant Squad, spent two months looking for him at his known addresses before finally applying for – and receiving – a pen register/trap and trace warrant.

That warrant included the use of a cell site simulator – the Stingray – but it is only supposed to be used by the police to log numbers that call and are called from a specific phone line.

The pen register warrant only requires police to demonstrate "reasonable suspicion" of a crime, whereas a warrant to locate somebody and gather the content of their communications requires a higher burden of proof: that of "probable cause."

The judge ruled that the Stingray – typically a portable device that emulates a real cellphone tower to monitor nearby handsets – had been used to figure out the physical location of Gordon: it had "intruded upon an individual's reasonable expectation of privacy," and so the warrant was not legit.

The NYPD claimed that it hadn't actually used the Stingray to identify Brown's location, but the judge was not having any of it: Brown was located inside an apartment that he had not had any previous connection to, and he was tracked down the same day that the pen register warrant and cell site simulator was approved for his cell phone number.

In addition, police forces often go to great lengths to hide the fact that they have used Stingrays. In this case, a warrant was sought for use of the Stingray, albeit in a different context. In many police operations, the cops will not disclose their use of the technology – even to the extent where they will let a case drop and a suspect walk free in order to keep it under wraps.

Defense lawyers have increasingly become wise to the telltale signs of Stingray usage, including people being arrested in unusual locations and suspects' cell phones unexpectedly dying. In such situations, the lawyers have started asking judges to compel from the police any use of cell site simulators in their case.

There is also a question over whether the use of the technology breaks FCC rules on harmful radio interference if it used for long-term surveillance.

Despite conflicting legal judgments on the use of Stingray technology, the tide does seem to be turning against it being used without a warrant, and a warrant requiring probable cause rather than reasonable suspicion.

In September, a Washington DC appeals court overturned a conviction for sexual assault because it decided that the police violated the Fourth Amendment on unreasonable searches by using the Stingray with a probable cause warrant.

Last year, a US federal judge in Manhattan also threw out evidence that was discovered through the use of a Stingray because there was no warrant. And a number of cities are working together to introduce bills that place additional reporting and approval requirements for the surveillance tools that their police forces use. ®

Hey so, uh, any chance this is constitutional?