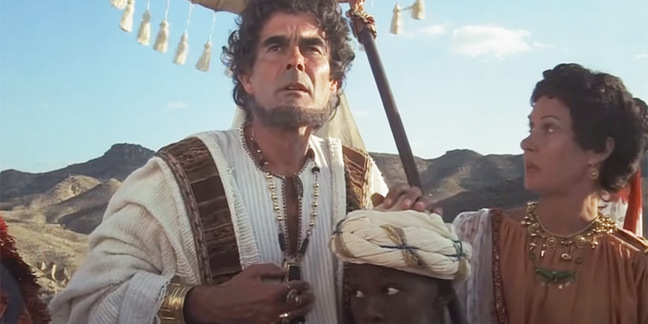 A Catholic School in Australia has been left red-faced after a newly commissioned statue of a revered saint appeared to be offering to share more than a few loaves and fishes with the little children.

Blackfriar’s Priory in Adelaide wanted to beautify its grounds with a statute of beloved Peruvian St Martin de Porres distributing bread to needy children. It got a local designer to draft up plans, before despatching them to a sculptor in Vietnam – a process it had earlier used for a depiction of St Dominic.

However, the devil is always in the detail. When the statue was returned and erected in the grounds, something was wrong, and it didn't take too long to put their finger on it.

Just how suggestive? Fairly, as this tweet from Aussie journo Michael Smyth highlights.

When you should have got Michelangelo to sculpt your school statue...#Adelaide pic.twitter.com/dDWfsV7YJh

The school has pledged to engage a local sculptor to correct the embarrassing loaf, which only makes things worse in a way. As well as copping flak from the faithful who see this all as deliberate twisting of an entirely innocent scenario, the school has also been condemned for "offshoring" the job in the first place.

Blackfriar's is not the first establishment to innocently build up something to the glory of the divine that less elevated minds would call obscene.

One famous example is St Mary's Cathedral in San Francisco, where according to Wikipedia, "the saddle roof is composed of eight segments of hyperbolic paraboloids in such a fashion that the bottom horizontal cross section of the roof is a square and the top cross section is a cross".

To some, this makes the whole dome look like the inside of a washing machine. More interestingly, it means that the sun cast a shadow of an enormous female breast which swells and deflates as the day progresses. ®