MoD claims it's still committed but warns of 'uncertainty' 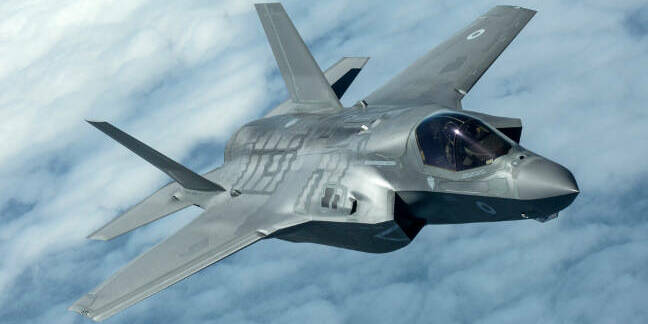 Rising costs might force the UK to reduce its order of F-35 fighter jets, the House of Commons has been told.

Lieutenant General Mark Poffley, chief of British military capability, told the Commons Defence Committee that he was "sympathetic" to the idea of reducing Britain's planned order of 138 F-35B jets.

The short takeoff and vertical landing (STOVL) aircraft is the only modern fighter capable of flying from Britain's two new aircraft carriers, the Queen Elizabeth-class. So far the UK has ordered 48 of the aircraft and 13 have been delivered to RAF training squadrons based in America so far.

Costs have been a hot potato for the British F-35 programme – the initial order of 48 airframes has cost the taxpayer £9.2bn. This price (£191m per F-35B) includes the cost of spares, maintenance and training. The bare-bones price of the aircraft alone has been hotly disputed over recent months, though the MoD has previously said it hopes the manufacturer, US firm Lockheed Martin, will bring it down to below £100m per jet.

Negotiation for F-35 purchases is done by the American F-35 Joint Project Office. The UK has a contract with the JPO, which then carries out the actual negotiations over price. As a result of that contract, the JPO also decides which companies will win maintenance contracts – meaning British suppliers are obliged to deal with an American government agency instead of the MoD, which has previously insisted that it bought the F-35s outright and did not lease them. Though UK-headquartered multinational BAE Systems builds about 15 per cent of the F-35, it is not clear whether this is done in the UK or through BAE's American subsidiary.

Concerningly, at yesterday's Parliamentary hearing, committee chairman Julian Lewis MP commented that the drip-feed purchase of F-35s put it on a "similar" footing to Britain's order of Type 45 destroyers for the Navy some years ago. Originally planned to comprise 12 warships, the order was salami-sliced down to just six ships.

"What's clear, then, is that the 48 are safe, secure, done-and-dusted, as it were, as far as the financial cost is concerned, but after that there is inevitable uncertainty, that's what you are telling us?" Lewis asked Poffley, as reported by The Telegraph.

The general replied: "I am afraid that is the reality of the world we are living in."

Although Britain has publicly committed to buying 138 F-35s, something it restated yesterday, it has not said whether these will be the carrier-enabled B models or the land-based A models. Last year defence minister Harriett Baldwin refused to rule out a purchase of F-35As. ®