The 1970s called, it wants its dancers back 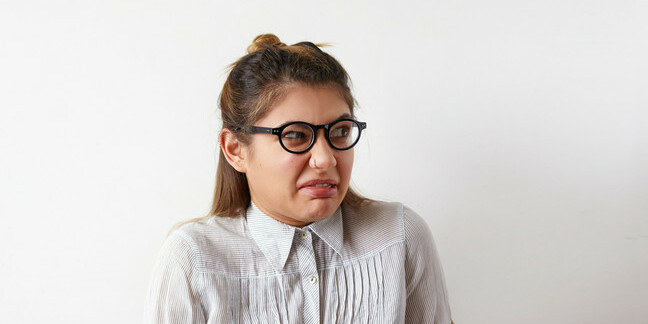 When it comes to women in tech, it's fair to say the sector has a bit of an image problem.

Just this week, 89 of the country's largest employers of computer developers signed up to the Tech Talent Charter, which asks businesses to share recruitment and gender pay gap data.

While that might be seen as another meaningless diversity pledge, it obviously wouldn't be "thing" if the sector wasn't such a sausage fest in the first place.

So it was a visual version of the classic record-scratch sound effect from an '80s movie when scantily clad women doing a showgirl routine took to the stage of the Digital Entrepreneur Awards on Wednesday night.

The event, in Manchester on 22 November, sponsored by Lawrence Jones-helmed Brit hosting biz UKFast, bills itself as the UK's longest-standing national tech awards in the UK, celebrating the best of a rapidly growing industry.

As you'd expect, plenty of folk took to Twitter to air their views about DEA's feathered friends:

what a shitshow. @UKDEA: read the fucking room eh? Breathtakingly inappropriate and against everything so many are working so hard to address. #binyouraward https://t.co/xBeK6MmOUJ

MFW reading the #DEA2017 hashtag this morning. This is #NotOK, and it doesn't represent my industry. Women should feel empowered and welcome as the great software developers they are. We need to stop making excuses and we need to do better. pic.twitter.com/yZEFmylzFg

Why did no one at #DEA2017 consider that opening the show with burlesque dancers was not sending the message that the tech industry values, respects and welcomes women? #WomenInSTEM #GenderPayGap #womenintech #GirlsWhoCode #WomenEmpowerment https://t.co/W1h3xwUtLP

#DEA2017 talk about jumping on a bandwagon . It was a good night why we always gotta bring politics into a event? So what they were all woman dancers. What’s that got to do with the gender pay gap?. Anything for Attention I swear!. #GenderPayGap #triggeredpeople

How can #dea2017 get it so so SO wrong? With recent deluge of sexism and misogyny, especially in the tech world, you'd think the bar would have been set low enough. Yet they still managed to trip over it. Following the hashtag makes for grim reading

Reminded me with a belly dance show at an investment/FX summit I -partially- attended in MiddleEast. Most professionals escaped the hall. Others refused to recognize their awards.. #DEA2017 https://t.co/mqxBEWqnzU

The DEA is not alone in its tone-deaf approach. Just last year, Microsoft had to apologise over hiring dancers in skimpy schoolgirl outfits at the Games Developers Conference in San Francisco, prompting protests from female devs who were there to network.