Turns out you can't have all the subsidies after all, Musk 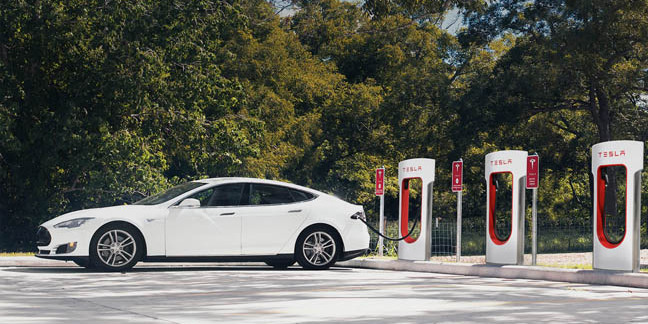 The German government has removed Tesla's Model S from a list of electric cars eligible for subsidies after accusations that buyers are paying more than the subsidy price cap for its basic model.

No Tesla models can be found on a list of "eligible electric vehicles" (PDF) published by the Federal Office for Economic Affairs and Export Controls (BAFA) yesterday.

A spokesperson for the office explained today that this was because no version of the Model S could be bought for less than the €60,000 (£52,856) price cap, implemented to encourage the purchase of low to mid-price electric vehicles.

Tesla was originally excluded from the list when it was created because the price of its cheapest Model S was over this limit.

Tesla then introduced a pared-down version of the Model S to come in under the cap in November 2016, removing many features that could then be purchased again as a "comfort pack" if the customer wished to forgo the incentive.

An investigation by German car magazine Auto-Bild claimed that Tesla had broken the rules, with tip-offs and an anonymous test buyer indicating that they were unable to order the basic model without the comfort pack attached. They passed on their research to BAFA, who appear to have updated their list in response.

Tesla, as well as complaining that the limit was set at €60,000 deliberately by the German government to exclude their vehicles, denied that selling its cars with the comfort package by default was a deliberate decision.

It said it would "investigate and take appropriate action as necessary" to discover if customers had been blocked from buying the basic version. ®