A report by right-leaning think tank Policy Exchange highlights how global undersea cables are poorly protected, and suggests that Britain should lead the way in remedying this.

The report, titled Undersea Cables: Indispensable, insecure written by Conservative MP Rishi Sunak, discusses how easily cable-based communications can be disrupted, and the past and potential future threats to their continued function.

Cables carrying data are essential to modern communications but lack both physical and legal protections, according to Sunak. Their locations are freely available to the public in order to prevent accidental damage by shipping, but the laws governing them are lax.

He described the current laws as "far more suited to the comparatively peripheral role the infrastructure played in the '70s and '80s, than to the indispensable status they now hold in the internet age".

The age of those laws means that enforcement agencies struggle to deal with suspects and offenders with appropriate severity, said Sunak, who added that the need for reform has been ignored by national governments because the cables are often managed by private companies rather than nation states, and therefore slip under the gaze of legislators.

The risk of severed cables is compounded by the aggregation of cables into "dangerously concentrated" choke points. Examples of this are the Luzon Strait between Taiwan and the Philippines, which connects several eastern countries and the US, or a single building in Alexandria, Egypt, which holds the meeting point of five transnational cables (find it yourself at 31° 11.738' N, 29° 54.108' E). 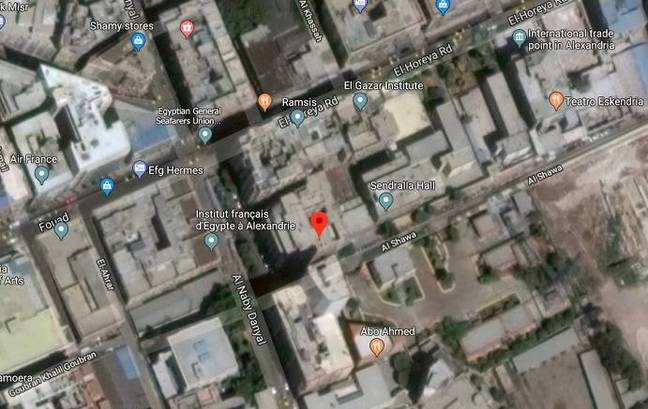 This kind of infrastructure damage could appeal to terrorists, Sunak writes, indicating a foiled Al-Qaeda attack in 2007, meant to target an internet exchange in London, as proof of this.

As well as terrorists, he points at Russia as the other major threat. He cites the severing of the main cable leading into the Crimean peninsula when Russia annexed the region in 2014. The operation of its submarines along cable routes, and the use of the Yantar-class "intelligence ship", which carries two submarines believed to be capable of destroying cables or tapping them for information, is also referenced, and are given as evidence by Sunak that Russia may be considering disrupting infrastructure as part of its military strategy.

Sunak recommended that government departments should focus on cable protection in future reviews, and that undersea cables should be designated as critical national infrastructure. Others involved updating international law and military codes to ensure legal protection, and the construction of new cables in diverse locations to act as backups.

Another recommendation pointed to Australia and New Zealand's Cable Protection Zones, where ships cannot fish or anchor, and can only sail through under supervision by the Coast Guard. Britain should "encourage the establishment" of such zones in the Suez and the Mediterranean to protect connections with the Middle East, Sunak wrote.

In his concluding remarks in the report, Sunak said: "Disrupting cables is not only possible and surprisingly easy, but it can have significantly negative consequences for our security and prosperity.

"Despite this backdrop, there has historically been minimal state involvement in the sector, despite its strategic importance." ®