Analysis Public cloud backupper Spanning says it has a new release of innovation energy now that Dell has shopped it to private equity.

The company provides data protection as a service for Office 365, the Google apps suite and other cloud services. It was founded in 2010 and bought by EMC four years later.

Spanning was a growth company with less than $10m in revenue when EMC bought it, with 52 employees, meaning it needed investment to develop its product and strengthen its capabilities overall. But this did not happen for technology innovation.

Sales grew, helped by EMC's infrastructure, but Spanning CEO Jeff Erramouspe said he found Hopkinton was pretty much focused in hardware, which didn't fit well with Spanning's SaaS approach. Also Amazon, upon whose infrastructure Spanning ran its servce, was not flavour of the month.

Erramouspe said: "Amazon was the first piece of friction when we were acquired by EMC. At the first big internal meeting, Joe Tucci said AWS was enemy number 1." 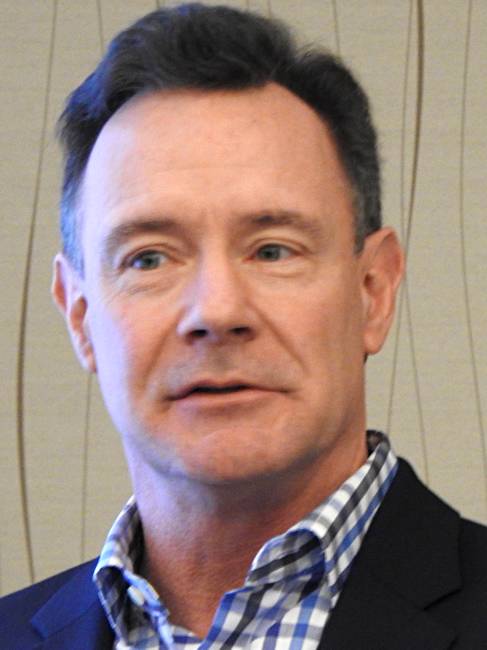 Then Dell was even more hardware-focused than EMC and "we got lost in the shuffle" as the two companies were integrated. Dell's cash flow needs meant that Spanning received little or no investment. It was starved of technology development funding; a situation Spanning said that Insight Venture Partners has remedied.

Erramouspe and his team did not relish moving to Round Rock, as Dell wanted, and he learnt that his staffers were interviewing for jobs elsewhere: "My team was going to disintegrate."

So he talked to Dell execs and drive for a private equity purchase: "So I negotiated a spinout. All my people were looking to go elsewhere. Private Equity people were contacting us. I sold us to Insight. Others were involved but Insight were the most aggressive; being very good with growth stage SaaS companies.."

When Dell sold it to Insight, Spanning had 54 staff, just two more than when EMC bought it three years ago. That's not growth; that's being in the refrigerator.

Out of the fridge

Now Spanning is on the move again. Google Team Drive data protection was launched in June and there is a SalesForce protection offering.

Spanning has 8,100 customers worldwide. Erramouspe said it retains Dell EMC as a strategic reselling partner, and Spanning is looking at an OEM deal possibility with Dell.

Insight Venture Partners has other protection companies in its portfolio, listing investments in Acronis, OwnBackup, Unitrends and Veeam. There may be future possibilities there for partnerships or deeper relationships.

Which competitors does Spanning meet? "We see Veeam, Druva, Commvault, Barracuda. ... We're cloud-to-cloud all the way and their typically on-premises to cloud."

Erramouspe told us: "In 5 years everybody's office apps will be in the cloud. ... SaaS is the way everybody's going to go."

He's looking at tiering off old data to Amazon Glacier as a service development and he'll have full GDPR compliance by the May 2018 deadline. There will be more focus on strengthening its presence in Europe in 2018. The headcount is set to reach 150 a year from now.

Erramouspe also said he was thinking about converging Spanning's products into a platform with API connector access for third parties. He said the firm could "expand our offering out to other SaaS offerings such as Netsuite, Workday, Force,com, ServiceNow, Zendesk." He's also thinking about protecting Box and Dropbox.

And the future? "We're a long way from an IPO. My goal is to build a valuable business. ... We're not far from being cash flow even. A year from now we'll be on the cusp of being cash flow neutral."

"There's probably an acquisition ahead. I don't want to run a public company."

Spanning was acquired by an EMC that was worried about the public cloud movement, but not with the mindset to own a SaaS company. Then Dell bought EMC and turned off the development money spigot, putting Spanning in an innovation deep freeze.

Now Erramouspe wants his company to recover those lost years and go full tilt into service development. Spanning seems to be going for it. Good luck. ®