And it's a whopper

Toshiba has joined the ranks of helium-filled disk drive makers with a 14TB drive that is not shingled.

WDC's 14TB UltraStar Hs is helium-filled and uses shingled magnetic recording (SMR), with blocks of partially overlapping write tracks. These increase capacity over conventional PMR recording by 2TB but rewriting data to the disk is slowed down over PMR access.

Toshiba's MG07 does not suffer from this limitation.

It has an eight-platter 12TB capacity or a nine-platter 14TB capacity, implying a 1.555TB/platter areal density. It is a straight update on the MG06 drive and, like its predecessor, the MG07 spins at 7,200rpm and has a 6Gbit/s SATA interface. Toshiba tells us it has a 50 per cent W/GB power efficiency rating compared to the MG06. This drive is now sampling with prospective customers. 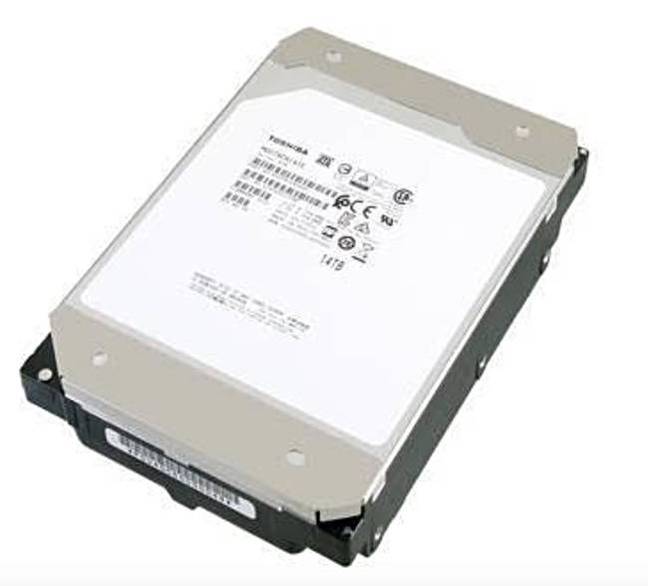 We're not told the buffer size or the sustained transfer rate. These were 256MiB and 237MiB/s respectively with the 10TB MG06. We expect the latter at least to be increased.

IDC's hard drive research VP, John Rydning, points out that this is "the highest capacity HDD available in the market today for existing server and storage system architectures". And so it is. Well done, Tosh. ®