Xcellis: From 'gateway' for NAS dabblers to pusher of hardcore scale-out NAS boxen

StorNext has found its home in the entertainment and media workflow world, and in other similar application areas.

Xcellis can be configured to present both scale-out SAN and NAS. The Xcellis Scale-out NAS appliance can run on its own or be deployed as part of a multi-tier StorNext infrastructure

The Xcellis/StorNext Connect management component had scale-out NAS before, so what's new? 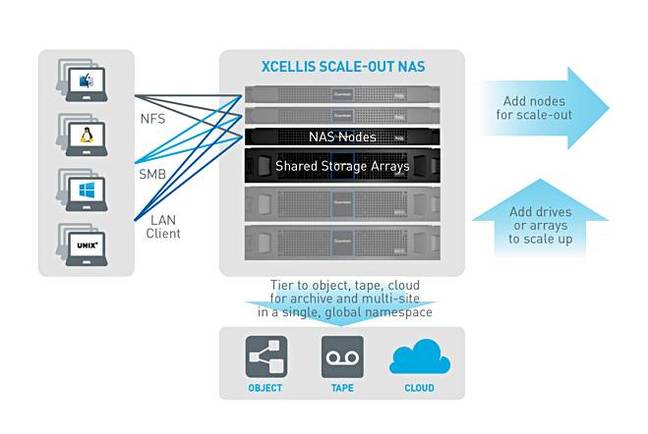 This involves a whole bunch of new stuff: 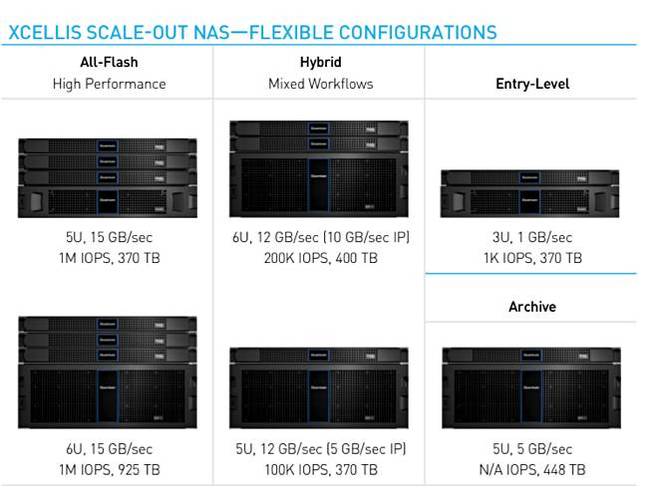 Check out the datasheet here (PDF).

Xcellis Scale-out NAS will be generally available this month with entry configurations and those leveraging tiering starting at under $100 per terabyte (raw). ®