The eagle has been grounded: Dutch anti-drone squadron retired

Handling proves to be too talon order 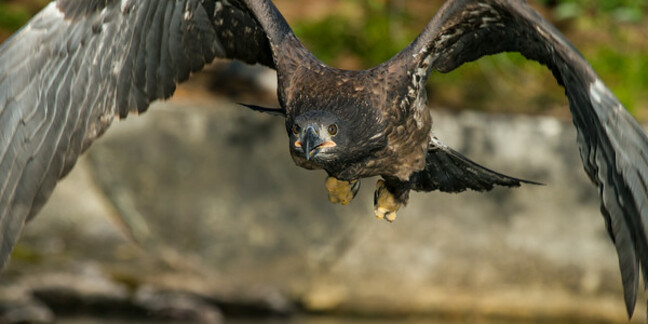 The Dutch police's scheme to use eagles as drone-intercepting assistants has turned out to be as successful as the British skier who shares their name.

The theory was, according to police spokesman Marc Wiebes, that "the bird sees the drone as prey and takes it to a safe place, a place where there are no other birds or people."

However, English language site Dutch News reported that after buying chicks and hiring handlers to train them, the police believed that beyond the training area, the birds would likely go Where Eagles Dare, instead of following orders.*

The police have said they are moving the eagles to a new home and are now investigating new methods of dealing with rogue UAVs.

Dutch News also revealed that the police were dropping another animal team, a cabal of sniffer rats. Quoting broadcaster NOS, the site said that the rats "could not be made 'operational'".

In February last year, El Reg reported that Scottish MP Douglas Chapman and the Metropolitan Police were also looking into harnessing the eagles' aquila instinct to deal with pesky quadcopters. Now that the Dutch coppers have made their bald announcement, it remains to be seen if the Britons still consider the scheme a golden opportunity.

For now though, it would seem that, contrary to the teachings of the novels of JRR Tolkien, there are some tight spots that not even eagles can get you out of. ®

*Likely hunting small animals instead of the strange buzzing devices which they can't eat.