Six years' porridge. Dridex not laundry soap – it's a Trojan 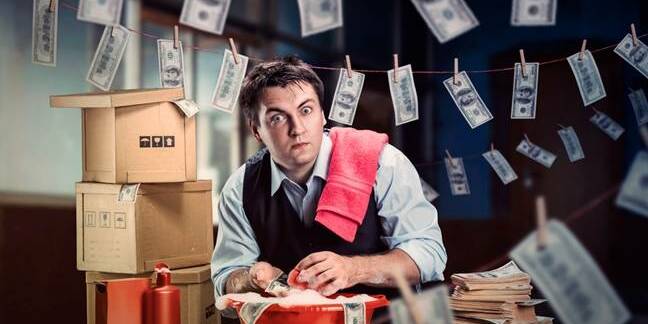 An employee of Barclays Bank who laundered thousands of pounds on behalf of Moldovan cybercriminals was yesterday sentenced to six years and four months behind bars in Blighty.

According to the Crown Prosecution Service, Jinal Pethad, 29, from Edgware, London, UK, set up more than a hundred false accounts to launder money and maintained almost 200 on behalf of Pavel Gincota and Ion Turcan for two years.

Pethad's access allowed Gincota and Turcan to withdraw money from these accounts, and to move funds between them in order to launder it.

Pethad pleaded guilty at the opening of his case at the Old Bailey on Monday to conspiracy to conceal, disguise, convert, transfer or remove criminal property, contrary to section 1(1) of the Criminal Law Act 1977.

A UK National Crime Agency statement said that Gincota and Turcan had stolen the cash by using the Dridex malware to record the bank details of people who opened their spam email attachment. Both pleaded guilty to conspiracy to possess false identification and conspiracy to launder money in October 2016. Gincota was jailed for five years and eight months, and Turcan received a seven-year sentence.

Tom Guest, specialist prosecutor, said the CPS had presented evidence that Pethad had facilitated and benefitted from his crimes, and that he had had "abused his position of trust in his job". ®