Some 4% of properties trundle below 10Mbps 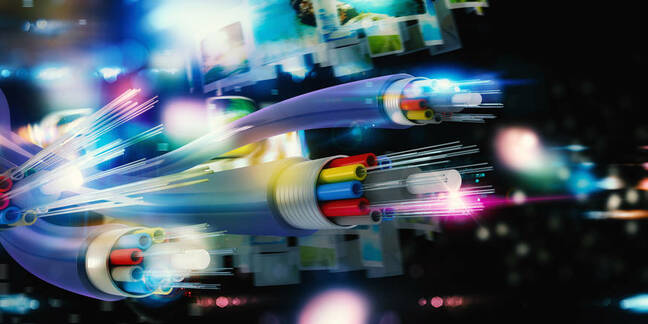 Just over a million premises in Blighty, or 4 per cent of properties, cannot get speeds of 10Mbps, according to a comprehensive report by regulator Ofcom.

That figure has fallen from 1.6 million premises last year, according to the Connected Nations 2017 research (PDF).

Not surprisingly, 17 per cent of rural premises are not getting decent broadband services, compared to just 2 per cent in urban areas.

However, superfast broadband – defined by Ofcom as a download speed of 30Mbps or more – continues to improve. The option of taking superfast broadband was available to 91 per cent of UK homes and small businesses (27 million) by May 2017, up from 89 per cent (25.5 million) a year earlier.

Four in ten premises have bought connections that deliver superfast broadband, up from less than a third a year earlier.

Meanwhile, full-fibre broadband continues at a snail's pace, with 3 per cent of homes and offices having access to it, up from 2 per cent a year earlier.

Steve Unger, Ofcom's chief technology officer, said: "Everyone should have good access to the internet, wherever they live and work. So we are supporting plans for universal broadband, and promoting investment in full-fibre technology that can provide ultrafast, reliable connections."

The government is considering whether to accept BT's voluntary offer to connect 98.5 per cent of premises to speeds of 10Mbps by 2020, rising to 99 per cent by 2022, as opposed to a mandatory 100 per cent. BT has said it will cost around £600m, which it will recoup by further hiking everyone's broadband bill.

Further action is needed on mobile coverage, although the situation is improving, said the regulator. As many as six in ten premises received an indoor 4G mobile signal from all four networks, up from 40 per cent last year. "Total" geographic 4G coverage, where reception is available from all four mobile operators, is available across just 43 per cent of the UK's landmass.

Unger added: "People have never relied so much on their phones in daily life. As a nation, we are using 13 times more mobile data than just five years ago.

"While the industry works to improve mobile coverage, it's vital people can get a trustworthy picture of reception across the UK. Using our tools, mobile users can see which network offers the best service in areas where they live, work and travel, before they take out a new phone contract." ®

Oh and remove the guard bands, would you Ofcom?