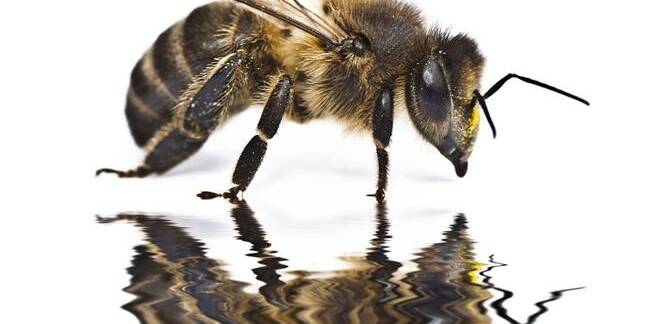 Straighten up and fly right... cool down papa, don't you blow your top

Engineers and programmers working on a robot bee project could soon have the faux insects behaving more like real bees, according to engineers and roboticists at Cornell and Harvard.

The work is a joint effort between Cornell University engineers and the robot insect wranglers at Harvard's Wyss Institute for Biologically Inspired Engineering.

Currently the amount of computer processing power needed for a robot to sense a gust of wind, adjust its flight, or plan its path to land on a swaying flower would require it to carry a desktop-size computer on its back.

However, the emergence of neuromorphic computer chips as a way to shrink a robot's payload, together with Cornell researchers' work on "event-based" sensing and control algorithms could help make the RoboBee more "autonomous and adaptable to complex environments" without significantly increasing its weight.

Silvia Ferrari, professor of mechanical and aerospace engineering and director of the Laboratory for Intelligent Systems and Controls, said: "Getting hit by a wind gust or a swinging door would cause these small robots to lose control. We're developing sensors and algorithms to allow RoboBee to avoid the crash, or if crashing, [to] survive and still fly."

Neuromorphic chips mimic brain activity using neural networks, generating and processing bursts of electric current rather than binary code. The tech is still getting, er, off the ground, but its theoretical low power usage and flexible understanding makes it uniquely suitable for robot insects.

The Harvard Microrobotics lab is providing the robot itself, an 80-milligram device named RoboBee (which looks like a tall and skinny Moon lander with wings).

It needs to remain connected to a power source for now, but it is hoped that when the Harvard engineers are able to remove the tether, the Cornell team's algorithms will be ready to make the newly liberated robot intelligent enough to deal with its environment.

The algorithms are being developed with help of a simulator, developed by doctoral student Taylor Clawson. It is used to model the physical effects at play during each flap of the robo-sect's wings, and therefore can predict how RoboBee would fly in different scenarios.

Clawson explained: "The simulation is used both in testing the algorithms and in designing them. This network is capable of learning in real time to account for irregularities in the robot introduced during manufacturing, which make the robot significantly more challenging to control."

Ferrari said: "We're using RoboBee as a benchmark robot because it's so challenging, but we think other robots that are already untethered would greatly benefit from this development because they have the same issues in terms of power."

Tiny robots and drones like the RoboBee are already in use for research and reconnaissance missions. The French Institute for Research in Computer Science and Automation (Inria) has helped create a "minimally invasive exploration robot" (PDF) which can be inserted into historical monuments (such as the Great Pyramid at Giza) through a 3.5cm hole. ®

NASA's Kepler probe rouses from its slumber, up and running again