Another AI attack, this time against 'black box' machine learning

The difference between George Clooney and Dustin Hoffman? Just a couple of pixels

Would you like to join the merry band of researchers breaking machine learning models? A trio of German researchers has published a tool designed to make it easier to craft adversarial models when you're attacking a “black box”.

Unlike adversarial models that attack AIs “from the inside”, attacks developed for black boxes could be used against closed system like autonomous cars, security (facial recognition, for example), or speech recognition (Alexa or Cortana).

The tool, called Foolbox, is currently under review for presentation at next year's International Conference on Learning Representations (kicking off at the end of April).

Wieland Brendel, Jonas Rauber and Matthias Bethge of the Eberhard Karls University Tubingen, Germany explained at arXiv that Foolbox is a “decision-based” attack called a boundary attack which “starts from a large adversarial perturbation and then seeks to reduce the perturbation while staying adversarial”.

“Its basic operating principle – starting from a large perturbation and successively reducing it – inverts the logic of essentially all previous adversarial attacks. Besides being surprisingly simple, the boundary attack is also extremely flexible”, they wrote.

For example, “transfer-based attacks” have to be tested against the same training data as the models they're attacking, and need “cumbersome substitute models”.

The boundary attack, the paper said, only needs to see the final decision of a machine learning model – the class label it applies to an input, for example, or in a speech recognition model, the transcribed sentence. 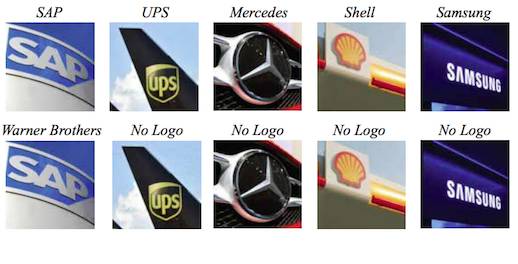 Foolbox tested against logos in the Clarifai black box

The researchers tested their attack using the Clarifai API, tricking it into mis-identifying celebrities and missing prominent logos. ®