'It's not a publicity stunt,' says BusinessWaste.co.uk 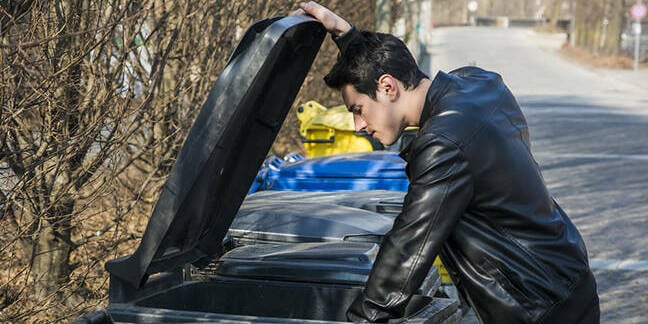 People have bin going mad for Bitcoin lately and, as it appears some refuse to see sense, companies are queueing up to get on the bandwagon.

The latest evidence that the cryptocurrency frenzy has reached fever pitch is a York-based bin company that has started accepting payment in virtual currencies.

No, we're not talking rubbish, this is wheelie happening.

As finance experts and analysts are urging extreme caution in investing in the unregulated currency, BusinessWaste.co.uk has decided to offer people a new way to chuck out their cryptocash.

"Individuals and companies are trading in Bitcoin and other virtual currencies all over the world, so of course we're going to accept it from our customers," said company mouthpiece Mark Hall. "Bitcoin is mainstream now."

Despite the press release coming out a day after Bitcoin reached a peak of $20,000, the biz said it wasn't wasting anyone's time with a cynical PR move.

"It's not a publicity stunt, and it's not taking advantage of the current surge in Bitcoin value," said Business Waste.

Indeed, it argued, it is "a logical business decision" to accept payments in the highly volatile currency, which started the year valued at less than $1,000.

"To us, it's just another way to pay for our services. It's just money," said Hall.

The canned statement added, perhaps rather unnecessarily, that the firm was still taking "good, old-fashioned payment" from most customers. Which is probably a good thing if it wants to continue trading. ®

It could be Rotterdam or anywhere, Wiltshire or in Bath: Euro cops cuff 6 for cybersquatting, allegedly nicking €24m in Bitcoin