200 litres an hour? Fetch the kettle, we could fill it from that 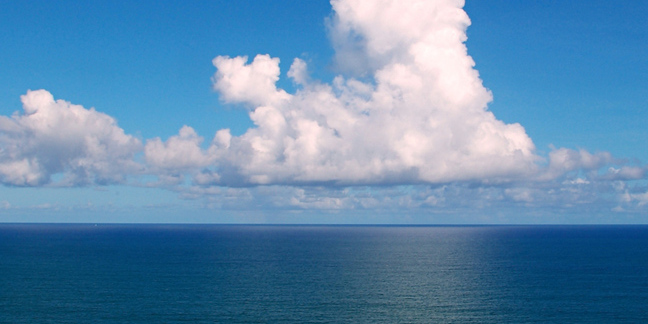 When he gets inside the boat, Mr Seawater is not your friend

New British aircraft carrier HMS Queen Elizabeth has sprung a leak. The warship takes on around 200 litres of water per hour thanks to a faulty propeller shaft gland packing, according to reports.

The packing in question, according to The Sun, which broke the news and knocked up a graphic illustrating the problem, was rapidly identified as faulty during the warship’s basic sea trials.

One of the watertight packings where one of the ship’s two propeller shafts enters the sea is not as watertight as it should be. While water is entering the ship, standard ship design practice is for there to be plenty of drains into the bilges at points where water can enter a ship’s hull. Being a naval warship and therefore designed to accept a certain level of damage, it is certain that Big Liz has more than enough bilge pumps to cope.

It is said that the Aircraft Carrier Alliance, the BAE Systems-dominated conglomerate formed to build “Big Liz” and sister ship HMS Prince of Wales, is liable for repairing the leak because it pre-dated the ship’s formal handover to the Royal Navy.

Mechanically minded readers will have worked out that 200 litres per hour equates to three and a third litres per minute, which in turn is a little bit more than your average kitchen jug. If confined to a tap, the rate of flow is about that which you’d use to fill the kettle.

Commercially available bilge pumps designed for fishing boats can move upwards of 50 litres per minute, as a very brief internet search by El Reg found. It is vanishingly unlikely that a leaky gland seriously affected the carrier’s ability to operate (we encourage older readers not to draw comparisons with their personal situations) – after all, the point of sea trials is to find these types of problems and fix them before sending the ship on Her Majesty’s business.

A naval spokesman told The Sun: “An issue with a shaft seal has been identified during HMS Queen Elizabeth’s sea trials. This is scheduled for repair while she is alongside at Portsmouth. It does not prevent her from sailing again and her sea trials programme will not be affected.”

The Telegraph got hold of Defence Secretary Gavin Williamson, who told them: "This isn't going to cost the British taxpayer a penny. This is the reason why we have the sea trials, to make sure that everything is working absolutely perfectly.”

Fixing a leaky gland (stop it...) involves stripping out the packing around the propeller shaft and replacing it. The principle is explained here, in the context of a small pleasure boat. Though the MoD seems keen to stress that the ship won’t need dry docking for the gland to be stripped and repacked, folk who know more than El Reg does about boaty things seem to think a spell in dry dock is the answer.

This involves putting the ship into a sealable dock which is emptied of water so maintenance folk can get below the ship’s water line and strip out components that need repair and replacing. Typically, this an expensive and time-consuming process.

Defence blogger Sir Humphrey has a useful list of other navies’ early problems with new ships, giving some very useful context. This is not a unique feature of British naval architecture.

Though defence commentators are, rather predictably, shouting about this being a non-story – and to a point it is an expected defect – it is very much a matter of public concern. Big Liz cost the taxpayer £3.5bn to build. If there are problems with the new aircraft carriers, which are set to become Britain’s flagships for the next half-century or more, it is right and proper that the public knows about them – and, in the context of stagnating defence budgets under severe pressure from currency fluctuations and inflation, it is also right that the public knows that they are being fixed and who is paying for the repairs.

HMS Queen Elizabeth is due to put to sea again in the New Year. In the second half of 2018 she will sail to the US for flight trials with the new F-35B fighters that will fly from her during her British service life. ®