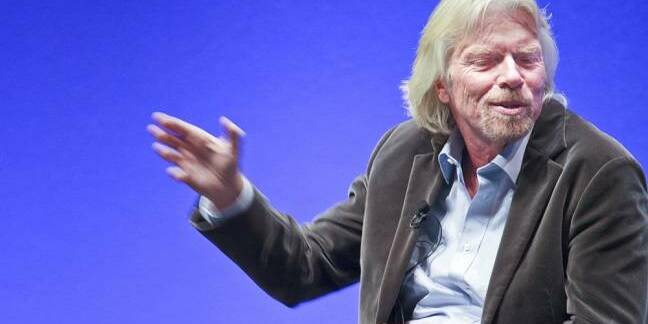 Virgin founder Richard "Beardy" Branson has been named non-executive chairman of Virgin Hyperloop One, with the superfast tube train company having also won another $50m (£37.39m) in funding.

This comes after Branson joined the project in October, investing an unknown amount of money that was apparently enough to get the Virgin name on the company sign.

His Beardiness said that he was "delighted" to be made chairman, and that he was excited by the latest "developments" at the company.

These other developments were also announced by Hyperloop yesterday. It was also revealed that the company has had an additional $50m in new finance poured into its coffers, making a total of $295m (£220.6m) in investment since the project's founding in 2014.

Hyperloop intends to use these new funds, given by existing backers Caspian Venture Capital and DP World, to set itself up in new markets in Europe, the Middle East and Russia.

CEO Rob Lloyd said that the money made for a "very robust financial platform for 2018".

Hyperloop also boasted about its latest speed record, which stands at 387kmph (107 metres per second/240mph) after testing in Nevada last week.

Its co-founder, Shervin Pishevar, formerly Hyperloop's executive chairman, took a leave of absence from the speedy-tube project and his own biz Sherpa Capital earlier this month after multiple accusations of sexual assault. Pishevar denies the allegations.®