Yes, your old iPhone is slowing down: iOS hits brakes on CPUs as batteries wear out 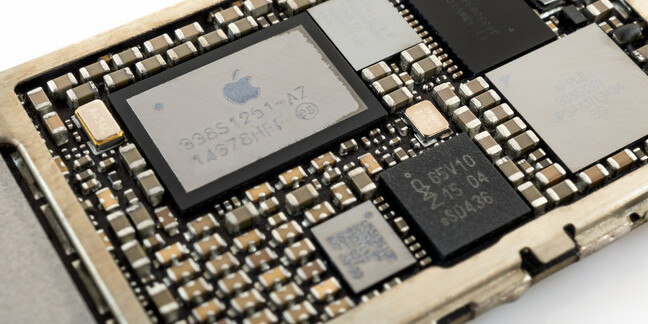 Analysis When Apple's iOS 11.2 update arrived on December 2, the release notes touted faster wireless charging support, among other enhancements, but made no mention of a necessary but less appealing augmentation: retarded apps for aging iPhone models.

It turns out Apple's mobile operating system includes a throttling mechanism for devices with weary batteries, designed to limit CPU utilization in order to prevent peak power demands that the battery is no longer capable of providing. In other words, the OS secretly stalls the CPU on older iPhones to stop them rapidly draining their aging batteries to zero.

When the CPU runs slower, though, so do the apps on the device, and some of the iPhone users who experienced this first hand have been wondering why.

Since at least last year, Apple's iPhones have been shutting down unexpectedly, a consequence of power management problems. In November 2016, the iGiant launched a repair program specifically for iPhone 6s units made between September 2015 and October 2015 because they were whimsically powering themselves down at inconvenient times.

In January, Apple released iOS 10.2.1 which included a fix in the form of a CPU speed limit designed to stop older model iPhones – 6, 6s, and SE – from demanding too much from batteries with diminished capacity, thus preventing the handsets from rapidly running out of juice and powering off.

In December, Apple added its secret slow mode to iPhone 7 models via iOS 11.2.

John Poole, founder and president of software biz Primate Labs, on Monday published an analysis of iPhone 6s and 7 performance profiles, running various iOS versions, using his company's GeekBench software. Based on explanations offered on Reddit and on his findings, he speculated that Apple had extended its CPU throttling to its iPhone 7.

On Wednesday, Apple acknowledged the situation in an email to The Register:

Our goal is to deliver the best experience for customers, which includes overall performance and prolonging the life of their devices. Lithium-ion batteries become less capable of supplying peak current demands when in cold conditions, have a low battery charge or as they age over time, which can result in the device unexpectedly shutting down to protect its electronic components.

Last year we released a feature for iPhone 6, iPhone 6s and iPhone SE to smooth out the instantaneous peaks only when needed to prevent the device from unexpectedly shutting down during these conditions. We’ve now extended that feature to iPhone 7 with iOS 11.2, and plan to add support for other products in the future.

A 2008 support article, since removed without explanation from Apple's website, discusses similar power management tactics for its MacBook and MacBook Pro notebooks.

Battery problems are common in the mobile device industry because chemistry tends to be messy. Apple has had its share of battery issues, though it has yet to top the self-combusting Samsung's Galaxy Note 7.

Poole, in a phone interview with The Register, said iPhone users have been complaining for a while about performance problems related to batteries. "But I'm not aware of any other manufacturer limiting processor speed due to performance concerns," he said.

Poole said he began looking into the issue after his wife complained about her iPhone. "She said her iPhone had gotten really slow," he explained.

Apple's processors, said Poole, are particularly fast and that makes them more demanding on the battery.

Over the coming weeks, Poole said he intends to look into whether other devices like Apple's iPad or various Android handsets are subject to similar CPU throttling.

"If Apple had disclosed to people that it had to reduce performance because the battery was degraded," he said, "I think that would have gone a long way toward helping people understand." ®