1980s sci-fi movies: The thrill of being not quite terrified on mum's floral sofa

How the era's films keep their enduring charm ...

2017 saw two major cinematic milestones of different extremes. One was the mega release of Blade Runner 2049, the originally unplanned sequel to, yes, Blade Runner. The other was the more overlooked anniversary of the vastly smaller Tron.

They were a pair of different films occupying almost opposite ends of the spectrum in terms of budget, revenue and marketing hype. Both were released in 1982.

But 1982 isn’t a rare vintage: the 1980s is home to a canon of works remembered, celebrated, homage, copied or rebooted on the big screen and TV. The decade was a golden age of cinematic sci-fi. We had Aliens, The Terminator, Blade Runner, E.T, Back To The Future, Robocop, The Fly and The Thing.

Almost every modern film or TV depiction of the future draws at least something from the films of this era - whether it’s serious or spoof.

Why was the period such a golden age? With David Ayer’s recent take on Graham Baker’s 1988 Alien Nation now behind us, I venture some suggestions as to why the sci-fi vision of future is, was and remains the great past of that 1980s decade.

Science fiction has been a staple of cinema since Georges Méliès took film fans on a Trip to the Moon in 1902. There was a significant wave of speculative fiction in the '50s, when a few gems such as Forbidden Planet, This Island Earth and Invasion of the Body Snatchers stood out from a welter of cheap and cheerful B-movies.

The 1960s and 1970s gave us a handful of bona fide (mainly Earth-bound) classics on screen, but what was more important – especially in the latter decade – was what was going on behind the scenes.

Economic hard times in the wake of the '70s oil shock led to the big Hollywood studios that controlled mainstream movie-making shedding a number of jobs. Not least from in-house special effects departments. 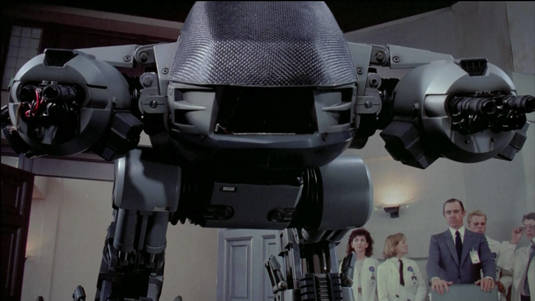 The newly liberated effects wizards organised themselves into groups of illusionists for hire, such as internationally famous effects house Industrial Light and Magic. Set up by George Lucas in the late '70s, and initially comprised largely of refugees from the recently disbanded 20th Century Fox in-house special effects department, the team at ILM was to change the way movies looked forever.

The mini-studio was led by John Dykstra, a former assistant to Doug Trumbull. Lucas had originally tried to hire Trumbull himself but the designer behind the innovative visual effects of Stanley Kubrick’s 2001 recommended his protégé instead.

ILM’s first project was a little movie called Star Wars. It was the end of Earth-bound science fiction and of clunky robots battling actors in silver cat suits.

The monstrous space gangster Jabba the Hutt in 1983’s Return of the Jedi, the exploding heads in David Cronenberg's visceral telepathic warfare flick Scanners and the shocking defibrillation “head spider” sequence from John Carpenter’s The Thing were all achieved with inventive use of puppetry. 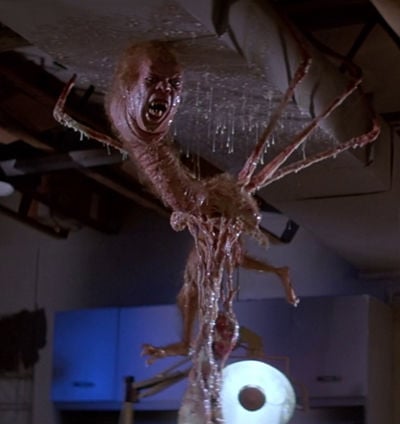 It wasn’t as smooth but it made an impression on an audience making the jump to real, physical monsters and aliens after decades of men in latex suits or pulsating lights with disembodied voices typecast respectively as either monsters or higher forms of intelligent life.

While modern CGI can be entirely convincing, the technology’s early years were fraught with shonky effects and rushed rendering that destroyed the essential suspension of disbelief. It’s not fair to single out individual failures; all the people working on those films were doing the best they could with the equipment and budget available.

Take a look at 1982’s The Thing and 1992’s Lawnmower Man. While neither of them can quite match the zillion-polygon renders of current CG engines, there’s no doubt that the distressingly goo-covered puppet from Rob Bottin’s workshop make those early faltering steps on the way to virtual reality look very second rate – and certainly not what you might hope for after 10 years of innovation.

Home video revolutionised reach and anchored 1980s sci-fi both in both the collective consciousness and archive for easy recall.

VHS-format home video recorders first hit the market in the second half of 1977. There were, it’s true, other formats available – Betamax – and, you might argue there were better ones, but in terms of commercial success VHS set the standard. 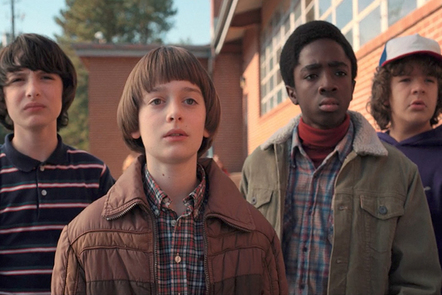 Video players finally allowed people to watch films at home on their TV that weren't being played by a network. By the start of the 1980s the major film studios and networks were had begun releasing films on the new medium and in 1985, the then future of home film rental, Blockbuster, opened its first store in Texas.

By the mid-1980s, VHS machines had become ubiquitous. Even if your family didn't own one, someone you knew had one of the big clunky boxes under their telly and you might pop round there after school to watch a compilation of music videos fuzzily edited together from broadcast or, more likely, the most recent Star Trek movie they could find in their local branch of Blockbuster.

The 1980s was the first period where we could easily watch movies over and over again, thanks to VHS – that means that today’s film-makers and film-watchers grew up watching The Terminator or Flash Gordon or The Adventures of Buckaroo Banzai Across the 8th Dimension repeatedly, picking up little tricks they would later reproduce in their own work or noting awful tropes that they would take care to avoid.

I spoke to author Jason Arnopp, who is currently adapting his supernatural thriller The Last Days of Jack Sparks for an upcoming film with Apollo 13 and Solo: A Star Wars Story director Ron Howard.

When he’s not working on novels and movie screenplays, Jason is an avid collector of vintage VHS tapes.

He says: “Before home video came along, the experience of watching a movie was something wholly transient. The only way you'd get to see Star Wars again was to get back in line at the cinema.

“And of course, there was a real magic about that. But it also seemed like the most staggering sorcery when we suddenly gained the ability to not only witness John Carpenter's The Thing at our leisure, at home, but to rewind and rewatch its most eye-popping special effects, over and over. Some video rental tapes began to visually degrade during certain scenes, having been rewatched and paused more than others.

“Eventually, we got the chance to actually own whichever movie we wanted, initially by buying much-rented tapes that shops no longer wanted to stock. 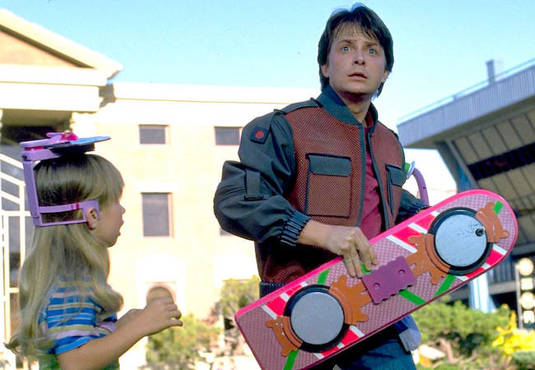 Marty McFly and hoverboard in Back to the Future

“These spectacular movies became ours to keep, which was one hell of a development. This laid the way for whole new levels of collection-curation and in-depth movie analysis between geeks, who felt sure they knew every detail.

“The likes of Netflix and iTunes have actually taken a backwards step, by denying you ownership of their content, but the consolation prize is convenience, and in Netflix's case, sheer bundled value for money.”

Video meant two sci-fi fans in 1988 might meet for the first time and bond over a shared knowledge of Predator, Aliens and Robocop. They could also watch it quite easily, without needing to go through the effort of making the effort to go to the cinema.

So what has been the payoff? You need only to watch a couple of episodes of cult Netflix miniseries Stranger Things to appreciate that the legacy of Steven Spielberg is very much alive – and the visual legacy of Blade Runner is so powerful that not only most sci-fi movies but actually a fair few real-life industrial design project take their cue from Syd Mead’s visionary take on the aesthetics of 2019.

That’s partly because we collectively grew up on that '80s vision. It was the first cohesively convincing impression of the way the future would look and it became imprinted on Western culture as a sort of accepted fact that the world of tomorrow would be all holographic screens, talking computers and flying cars.

With only a year to go before the date that original Blade Runner was set, it looks like we’re a little behind schedule, but we’re getting there. Even if the people of the future always seem to dress in a way that evokes 1980s dance troupe Hot Gossip.

And the people that are getting to the future first are film and TV directors of today who grew up with '80s sci-fi. Stranger Things creators the Duffer Brothers cite Aliens and E.T. as key influences on the show and perhaps predictably list The Empire Strikes Back and Back to the Future as their "Desert Island movies".

District 9 director Neill Blomkamp pays tribute to 1987’s Robocop as an influence on his "dark side of Short Circuit" adventure Chappie, and clearly the casting of Sigourney Weaver in that film was no coincidence as his repeated attempts to make a followup to 1986's Aliens that discard all the later films in the Alien canon demonstrate.

Refinements to visual effects technology made it possible to put brand new worlds and new ideas possible on the screen for the first time. And those new ideas convinced us in a way that the "man in suit" aliens and "firework on a stick" spacecraft of the '50s and '60s could never hope to. 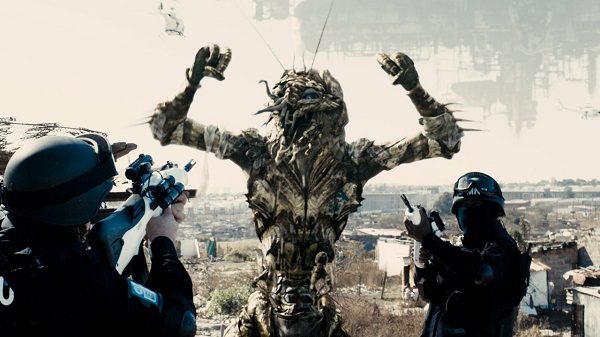 By convincing us, they became popular. And of course when something’s popular, the entertainment industry makes more of it.

Today’s technology means that there are few things we can imagine that can’t be reproduced on screen. But the cultural legacy of 1980s sci-fi still looms large. Which is why in 2010 we saw a belated sequel to Tron, in 2015 we revisited Mad Max and last year we spent some more time in the world of Blade Runner.

First analysts, now YouTubers put you on blast. Do you A) take it on the chin or B) up fire up the DMCA-o-tron?

Anyone want a private YouTube collab-o-tron? Microsoft hopes you do

'Stream' video vault and share-o-matic debuts in Office 365, as does a dictation bot for Office

Hey there, want to break into computers like an Iranian hacker crew? IBM finds 40GB of videos that include how-tos

In Brief Plus: BitTorrent CEO puts a $1m bounty on Twitter hackers

Panic in the mailroom: The perils of an operating system too smart for its own good

Who, Me? That other 1973 hit: The Dark Side of the Mainframe

Vulture at the Wheel You wouldn't know it was an EV ... except it might use NO petrol