With WPA3, Wi-Fi will be secure this time, really, wireless bods promise 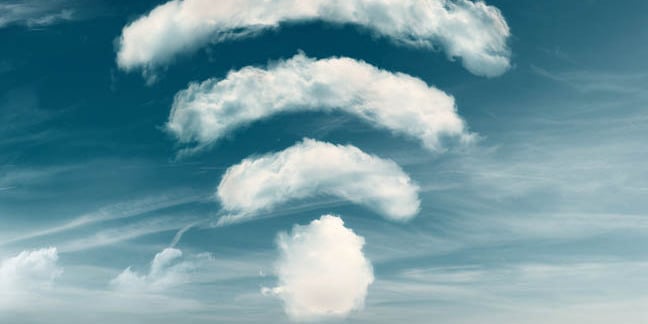 Wi-Fi security should become a bit less laughable with the pending introduction of the WPA3 protocol this year.

In conjunction with this week's commencement of CES – letters that once stood for Consumer Electronics Show and now come meaning-free – the Wi-Fi Alliance on Monday heralded the arrival of WPA3 as the successor to WPA2, the flawed but widely used network security protocol for Wi-Fi communication.

WPA2 has some problems. It allows anyone with a bit of software to boot people off a Wi-Fi network with a DEAUTH attack. And it's not particularly secure.

The Wi-Fi Alliance – an industry group that counts Apple, Cisco, Intel, Microsoft, and Qualcomm among its many members – said it intends to keep hammering away at WPA2, even as it rolls out the protocol's successor.

WPA3-certified devices should start appearing later this year. They will include features like improved protection when users choose weak passwords and improved security setup on devices with limited or no interface screens.

WPA3 will also support individualized data encryption. Via Twitter, Mathy Vanhoef, a postdoctoral computer security researcher at Belgium's KU Leuven, speculates that this may be an implementation of Opportunistic Wireless Encryption (OWE), a proposed extension to the 802.11 wireless standard.

OWE implements a Diffie-Hellman key exchange during network sign-on and uses the resulting secret for the 4-way 802.11 handshake rather than the shared, public Pre-Shared Key (PSK) that can be easily exploited.

In addition, there will be a 192-bit security suite, consistent with the the Commercial National Security Algorithm (CNSA) Suite from the Committee on National Security Systems, for Wi-Fi users with high security requirements, such as government organizations and businesses.

We'd point you to the NSA's Information Assurance Directorate website discussing CNSA, but presently Chrome throws a certificate warning that "Your connection is not private." Imagine that from an intelligence agency.

A spokesperson for the Wi-Fi Alliance told The Register in an email that further information will be made available once the WPA3 program launches. ®