Hard to remain neutral on this one 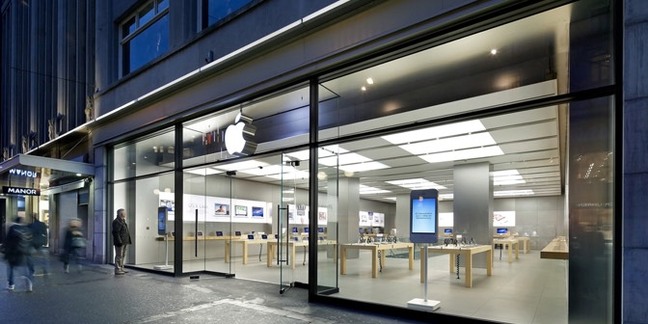 In an inadvertent homage to Samsung's combustible Galaxy Note 7, an Apple iPhone battery overheated in an Apple Store in Zurich, Switzerland, on Tuesday morning, resulting in minor injury and prompting customers and employees to step outside while the smoke cleared.

The Zurich City Police Department said it received a report of smoke in an Apple store on the Bahnhofstrasse, the city's main downtown street, just after 10:00 am local time.

Police and fire department officials responded and found that an employee had sustained minor burns while removing a smoldering battery from a device.

Seven people received medical care but no one was hospitalized, according to Swiss authorities.

The officials say about 50 customers and employees left the store due to the smoke. They praised the staff for responding appropriately to the incident – dumping quartz sand on searing kit and turning on ventilation to disperse the smoke.

The scorched iPhone has been spirited away to a laboratory where investigators from the Forensic Institute Zurich will attempt to assess what went wrong.

Lithium-ion batteries are notorious for occasional self-immolation, with Samsung's Note 7 serving as the poster child for the hazards of densely packed energy. There was a report of an iPhone exploding in Washington D.C. in August last year. A similar incident was caught on video in February last year.

Last month, the iPhone maker acknowledged that its iOS software has been configured to throttle iOS device CPUs to prevent unexpected shutdowns. According to the company, lithium-ion batteries degrade over time, making them incapable of meeting processor power requirements during periods of peak demand. Apple quietly implemented performance throttling to prevent customers from experiencing baffling crashes caused by enfeebled batteries.

That engineering decision, made without the informed consent of customers, has prompted a flurry of lawsuits, an apology from Apple, and a discounted battery replacement program.

Apple did not respond to a request for comment. ®