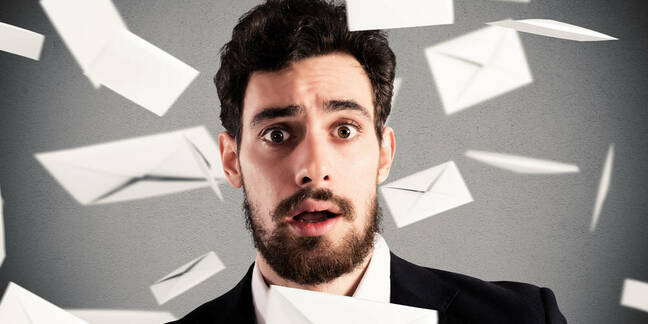 The companies broke UK law by sending out unsolicited text messages, emails and phone calls between 2016 and 2017.

Wales-based Barrington Claims made 15.2 million spam phone calls between May and June 2016, using a third-party service to automate the procedure. Despite this, the ICO concluded that Barrington had broken the law and fined it £250,000.

Newday, a London-based financial service provider, sent 44.7 million unsolicited emails via the subscriber lists of 16 affiliated websites between April 2015 and January 2017. These websites did not specify Newday as a partner, and many of them didn't give users the opportunity to opt out of third-party marketing emails. As punishment, Newday was fined £230,000.

Goody Market UK of Liverpool sourced contact details via a data broker, and sent 111,000 spam text messages promoting its price comparison service between March and May 2017.

The company claimed it had verbal assurance from the broker that the owners of the numbers had previously consented to receiving text marketing. But when the ICO asked for written proof, it couldn't produce anything. As well as a £40,000 penalty, the ICO issued the company an enforcement notice ordering it to stop the illegal marketing within 35 days.

Finally, Cheshire financial marketer TFLI advertised a loan website via 1.2 million texts from November 2015 to June 2016. It too had used personal data held by other companies, but believed that the contracts it had signed with the data suppliers meant it was not responsible. The ICO was unconvinced, and slapped it with an £80,000 fine.

Andy Curry, ICO enforcement group manager, said: "Firms cannot get away with failing to follow the rules designed to protect people from the irritation and, on occasions, distress nuisance calls, emails and texts cause.

"I would urge anyone bothered by nuisance marketing to report it to us. Your reports help us take action against firms like those we have fined today, putting a stop to the trouble they cause." ®