Everything running smoothly at the plant? *Whips out mobile phone* Wait. Nooo...

The security of mobile apps that tie in with Supervisory Control and Data Acquisition (SCADA) systems has deteriorated over the last two-and-a-half years, according to new research.

A team of boffins from IOActive and IoT security startup Embedi said they had discovered 147 vulnerabilities in 34 of the most popular Android mobile apps for SCADA systems.

Mobile applications are increasingly being used in conjunction with SCADA systems. The researchers warned these apps are "riddled with vulnerabilities that could have dire consequences on SCADA systems that operate industrial control systems". 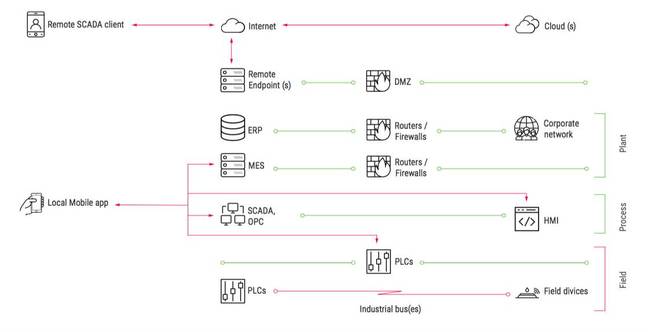 The 34 Android applications tested were randomly selected from the Google Play Store.

Technical details of the research will be released by Alexander Bolshev, IOActive security consultant, and Ivan Yushkevich, information security auditor for Embedi, in a new paper "SCADA and Mobile Security in the Internet of Things Era".

“What this results in is attackers using mobile apps to attack other apps,” he added.

Yushkevich added: “Developers need to keep in mind that applications like these are basically gateways to mission-critical ICS systems. It’s important that application developers embrace secure coding best practices to protect their applications and systems from dangerous and costly attacks.”

Yushkevich said the team tested only Google Play apps in order that it could "compare the results of this research with those of the previous research in 2015".

He said of the threats that could occur as a result of these vulnerabilities: “Some of the revealed vulnerabilities are the client-side ones. For example, SQL injections may be used to disrupt the operation of a device.

“To exploit most of the described vulnerabilities, a hacker has to simply intercept traffic and get to the same network segment a victim is in. So, the SQL injection vulnerability is an exception here.”

IOActive and Embedi have informed the impacted vendors of the findings and are coordinating with a number of them to ensure fixes are in place. ®