Who's up for warrantless surveillance? 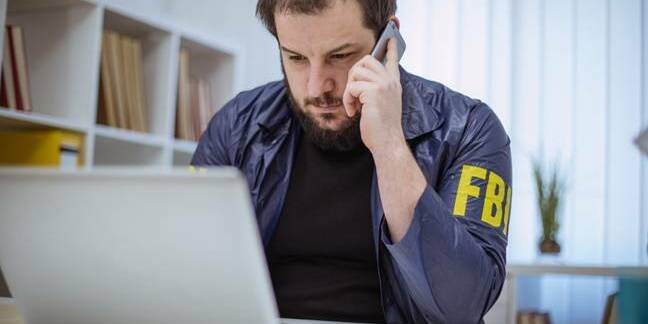 Updated A number of US senators from both sides of the aisle have said they will filibuster an effort to approve the continuation of a controversial American government spying program.

This mass snooping effort was authorized by section 702 of the FISA (Foreign Intelligence Surveillance Act) Amendments Act, which expired at the end of last year, and the NSA wants it renewed with a new law passed. Section 702 is supposed to allow Uncle Sam's g-men to keep close tabs on non-Americans abroad.

However, the rules have been interpreted by the Feds over the years to give the FBI warrantless access to the NSA's database so agents can investigate crimes using records on American citizens on American soil. You'd think now would be a good time, while renewing section 702, to rein in the intelligence agencies so that truly only foreigners are targeted.

But you'd be wrong: the proposed law to reauthorize the spying does quite the opposite, and effectively sets in stone the status quo. Effectively, in certain cases, the FBI still won't need a warrant to search the NSA database for details of its citizens' private conversations – and in other cases, it'll have to get a court to sign off on the query.

Having passed the House of Representatives last week, the renewal of section 702 needs to be approved by a majority Senate vote. Senators including Rand Paul (R-KY), Ron Wyden (D-OR), Steve Daines (R-MT), Patrick Leahy (D-VT), and Elizabeth Warren (D-MA) held a press conference today vowing to filibuster it until there is a debate on necessary reforms to the rules.

"If we can prevail on this cloture vote, we will come up with a list of amendments to fix this," said Wyden.

"This program has gathered information on innocent Americans and is ripe for future abuse," warned Daines. "We must do our due diligence."

"This program has been turned into a backdoor," complained Warren. "We need reforms for better protections for Americans' privacy."

"Section 702 as it is written allows the government to spy on us," noted Leahy. "We have a right to privacy."

At the center of the debate is the fact that the foreign-spying program enabled by section 702 has been slowly turned into a domestic snooping effort through a series of highly questionable legal interpretations.

Those interpretations will effectively be written into law with the proposed reauthorization bill, even though they almost certainly break the Fourth Amendment on unreasonable searches.

As things stand, the NSA is able to tap and store any communications both within and outside the United States if there is mention of a foreign target. Those stored communications are then placed in a database that can be accessed by the FBI, among others, at a later date and for an unrelated crime.

The intelligence services have, for several years, refused to make public any details of what precisely triggers data collection, how broad the data collection is, how large the database is, how many US citizens are included in the database, and how frequently the FBI searches it for evidence of domestic crimes.

But the fierce criticism directed at the program by some senators that are given classified briefings of the program's extent due to being on the Senate's Intelligence Committee is a strong indicator that the program is much more extensive than most Americans would be comfortable with.

However, in an effort to get the law reauthorized for another six years, the Senate has refused to allow open debate on the matter, or debate a number of alternate bills put forward by concerned lawmakers.

The political calculus has been that enough lawmakers will vote to approve the reauthorization of the program without reforms because of the importance of the overall program. That calculus worked last week when the bill passed the House in a 256-164 vote. An effort to introduce an alternative, with additional safeguards, was defeated 233-183.

Here's the latest: Senate minority leader Chuck Schumer said he would vote against the FISA cloture vote, making it more likely that debate will be allowed on alternative solutions. ®

Attempts to stall or amend the bill in the Senate failed in a 60-38 vote, paving the way for the bill to pass both houses of Congress by the end of the week.

Proposed bill would bring immediate sanctions for tampering with democracy

US Senate mulls giving Huawei and ZTE the Kaspersky treatment