The previous record holder was NetApp, with 520 builds and a 1.04 second overall response time (ORT). 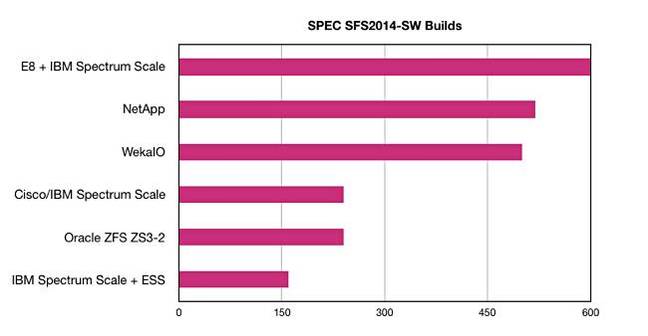 If we chart the results ordered by ORT then we get this: 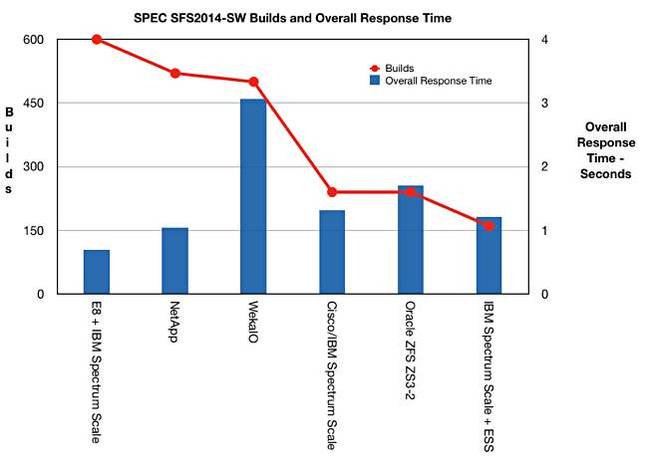 WekaIO started the jump from the 150-250 build level, with its 500-build result in July last year. NetApp beat that in October and now E8 has gone one better.

We understand E8 will put out a press release once contributing supplier quotes have been finalised but, meanwhile, the SPEC SFS 2014 result is live and available for all to see.