'No evidence' UK.gov has done much to break up IT outsourcing 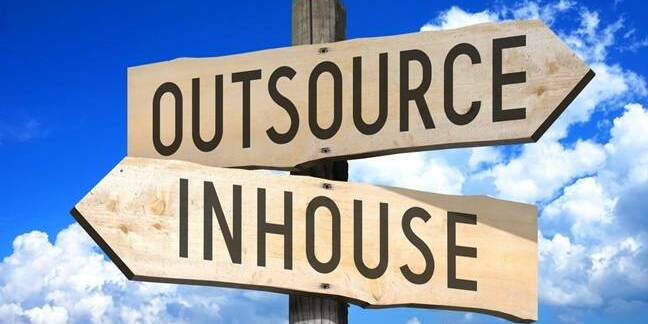 The scandal around the compulsory liquidation of British multinational construction firm Carillion has put the UK government's addiction to outsourcing in the spotlight. Yet it is a practice that has been going on for many decades - not least in public sector IT.

For some years now the government has made noises about breaking away from the "IT oligopoly" – a phrase coined by former Cabinet Office minister Francis Maude back in 2011.

However, a recent series of Parliamentary questions asking what steps departments have taken to exit major IT contracts revealed not much has changed. The answers amount to vague promises to disaggregate deals.

The fact that there is little evidence to suggest much has changed is worrying, especially given central government splashed £6.3bn with IT suppliers three years ago, with 42 per cent going to just three suppliers.

Labour MP Jon Trickett, who submitted the questions, told El Reg: “Britain spends more than comparable countries on our IT procurement. However, all we have to show for it are expensive contracts, technical failures and an almost-monopolistic market where huge firms dominate.

“Whitehall is tied up in huge contracts, frequently with suppliers with a record of a failure. We must reconsider the status quo which states only huge outsourcing firms can provide IT for departments.

“Breaking up these contracts is a key part of this, but the evidence Government has provided isn’t good enough. When they’ve offered any evidence, it’s in the form of discredited programmes or minuscule efforts. I’m sceptical we’ll see any real change.”

For example, the Ministry of Justice pointed to its widely criticised Future IT Sourcing (FITS) contract - intended to split its single IT contract into "towers" – as an example of success.

"These contracts have already delivered substantial cost savings," claimed the department. That would be the same £2.87bn project that was last rated as high risk of failure by the Infrastructure Projects Authority, the watchdog for overseeing major government programmes. (In fact the Cabinet Office has issued guidance saying it no longer supported the so-called "tower model".)

"The MoJ is reviewing its IT strategy and commercial approach with support from colleagues in the Cabinet Office, and is and planning for further disaggregation as the FITS Contracts expire," it added.

Meanwhile, the Foreign and Commonwealth Office said it "believes that disaggregating major IT supplier contracts can give better visibility and control, as well as deliver substantial cost savings". As such it is "planning the disaggregation of our major expiring IT contracts".

The Home Office is also "in the process of disaggregating its major IT contracts". It said: "Through disaggregation, it will be able to "break up large, costly and cumbersome contracts" and move "to a more dynamic environment."

However, the Department for Transport is one honourable exception, having broken up its big IT contract and brought skills in-house. "The exit arrangements from Major IT Contracts is limited across the Department as IT services are predominantly delivered through in-house IT teams and supplemented by a small number of services through commercial partners," it said.

According to the Department for Work and Pensions it is "delivering a number of major IT contract exit programmes". It also claims to have made a start on splitting up contracts.

"DWP has disaggregated a number of IT supply contracts in recent years, is currently in the process of disaggregating the complex services of the DWP Hosting contract and will exit and disaggregate its remaining Application Deployment & Desktop contracts at an appropriate time."

The Cabinet Office had previously published a comprehensive report detailing large IT contracts across government, with a roadmap for splitting them up. But that attempt to overhaul £6bn in large IT contracts expiring within the next few years has fallen by the wayside.

Insiders have said the distraction of Brexit and a lack of will by the Government Digital Service under Kevin Cunnington's leadership have been blamed for the watering down of the reform agenda.

Certainly the responses by ministers seems to bear that out.

A Cabinet Office spokeswoman said: "Disaggregating contracts and the re-tendering them provides greater opportunity for Small and Medium Enterprises to provide tech services to government, directly or indirectly.

"A lot of SMEs have emerged in this market in recent years and we are encouraging them to provide better services for government and civil servants." ®