New Quantum head honcho thrown in at the deep end

CEO Patrick Dennis has his work cut out 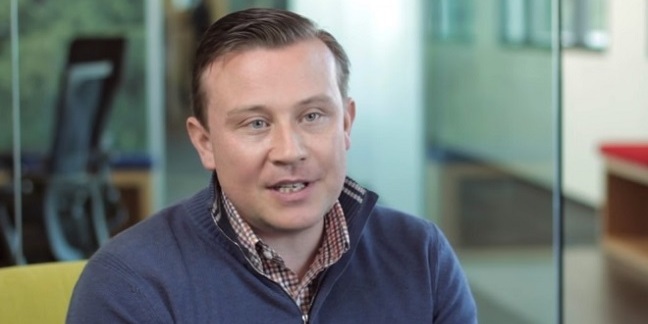 Comment There's a new president and CEO at Quantum, with the board hoping for a dose of Patrick Dennis magic to fire up the company and return it to growth and profits.

Dennis was CEO of Guidance Software, which made forensic security software such as EnCase. OpenText bought the company for $222m in September last year to add to its Discovery portfolio.

CEO Jon Gacek left Quantum in November after several years at the helm with little growth at the firm. Board member Adalio Sanchez became interim CEO and he now steps aside, retaining his board role.

Activist investor VIEX Partners agitated for change at Quantum and gained two board seats; one for VIEX boss Eric Singer and the other two for independents, one of whom was Adalio Sanchez.

Less than two months later the CEO search committee has picked Dennis for the top job at Quantum – pretty fast work. Before joining Guidance Software in May 2015, Dennis was SVP and COO for EMC's cloud storage business and SVP for Products and Marketing at EMC's enterprise and mid-range systems division.

Before that he was involved with EMC Global Services, and was a group vice president at Oracle from May 2012 to October 2013.

What are the main things on his plate at Quantum? Long story short:

tl;dr Quantum has no business sector with dramatic revenue growth ahead of it.

Here's a video of Dennis to give you some idea of the man:

The Reg storage desk thinks that either Quantum needs to be broken up and sold, or its costs savagely cut to regain profit and then sold to private equity or some other acquirer, or new growth potential businesses acquired – or a mix of these.

For example, it could sell the tape business to SpectraLogic or HP, close down the DXi business, do an OEM or acquisition deal in the file management space – we're thinking WekaIO and Qumulo-type companies – and develop StorNext Lite to expand that product's addressable market.

For sure something has to be done.

In a statement, Dennis said:

With its long-standing expertise in addressing the most demanding data management challenges, Quantum is well positioned to help customers maximise the strategic value of their ever-growing digital assets in a rapidly changing environment. I'm excited to be joining the company as it looks to capitalise on this market opportunity by leveraging its strong solutions portfolio in a more focused way, improving its cost structure and execution, and continuing to innovate.

Sounds like job cuts, product portfolio thinning, and better sales and marketing initially. Nothing substantive – yet. ®

HP Inc: Don't ask us about Xerox. Just get a load of our, er, flat as a pancake sales growth