Bezos narrows down search for new base to 20 cities, mostly on East Coast 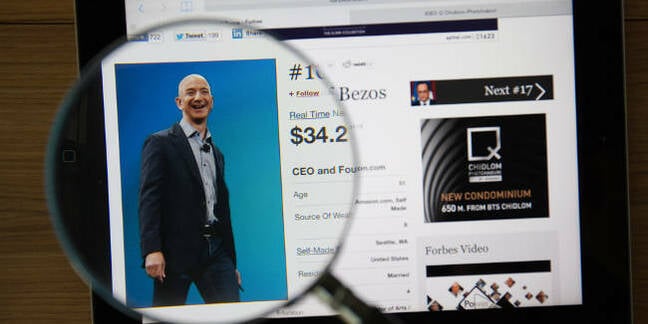 Amazon has trimmed its list of potential cities where it wants to build its second headquarters, dubbed HQ2. The Bezos Bunch says it has narrowed down a list of 238 proposals to 19 US cities and one in Canada.

"Thank you to all 238 communities that submitted proposals. Getting from 238 to 20 was very tough – all the proposals showed tremendous enthusiasm and creativity," Amazon Public Policy exec Holly Sullivan said in announcing the list today.

"Through this process we learned about many new communities across North America that we will consider as locations for future infrastructure investment and job creation."

The finalists are, in alphabetical order:

Amazon's main campus is based in Seattle, Washington, USA, so it should be no surprise the corporation is leaning east in its search for new digs. The biz wants to set up a second base to house about 50,000 workers and splash around $5bn in investments. Execs have been asking cities to put together proposals detailing how exactly they will accommodate its staff and infrastructure.

Just one California city made the cut, as Los Angeles is the lone West Coast location under consideration. Those who had bet on San Francisco or San Jose being the choice are out, and Silicon Valley will have to make do with one less sprawling corporate campus.

Denver is the only other city west of Texas to make the cut. Meanwhile, East Coast population hubs Boston, New York City, and Philadelphia are all on the short list, as are Miami and Atlanta. Up-and-coming nerd zones Austin, Raleigh, and Pittsburgh are also under consideration, as is Columbus, OH.

Sadly, the ambitious town of Stonecrest in Georgia did not make the cut, despite promising to change its name to Amazon if selected.

It seems we owe the city of Indianapolis an apology. When Amazon first posted its criteria for HQ2's future burg, El Reg assumed the heartland metropolis would not pass the "no boring cities" requirement. Joke's on us, well done Indy.

Also making the cut was Washington DC and two of its surrounding communities: Northern Virginia and Montgomery County, Maryland. AWS operates a data center in the Northern Virginia area, and the glut of IT and consulting jobs in the capital would satisfy Amazon's "potential to attract and retain strong technical talent" requirement.

Amazon says it plans to announce its pick for the site of HQ2 later this year. ®