Web chat? On the phone? Online? That'll be UK IT's Mr Nasty you are talking to 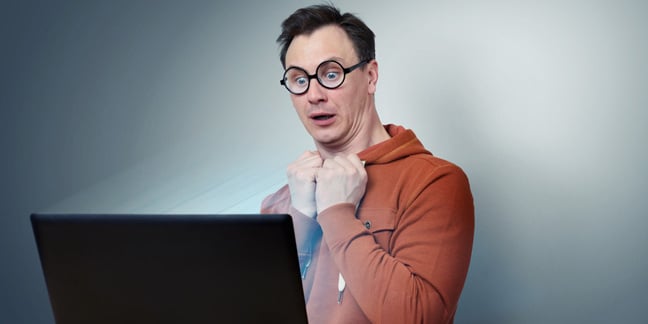 Despite ditching other tech suppliers in a consolidation push, Marks & Spencer – purveyor of Brit middle-class dreams – has extended a customer support agreement with everyone's fave outsourcing titan, Capita, for £70m.

Unlike the support contract that Capita agreed with O2, where services are partly managed by a call centre in South Africa, M&S customers will be dealt with by an "award-winning team" including those based in Preston Brook.

Under the fresh terms, Capita will also provide customer services support to international online business in geographies including the US, Australia and France.

Capita has worked with M&S's web business since it acquired the contract from Vertex in 2011 and moved it into the customer management business.

The renewal will be music to the ears of Capita management, coming the same week that investment and savings business Prudential, a Capita customer of roughly ten years, gave it the heave-ho.

The Pru tore up its 15-year agreement with Capita ahead of time and instead will contract Tata Consultancy Services to administer life and pension policies and manage part of the client's infrastructure.

Capita is still in recovery mode following a rotten 2016 in which it issued its first ever profit warning, made public numerous problem contracts, laid off a layer of middle management and pushed through wider redundancies, and parted with CEO Andy Parker. ®

Bork!Bork!Bork! Recovery might be easier than fixing the UK's retail sector

For women, anyway. Guys can get away with boxer shorts and socks under the desk

Updated Not us this time, Mastercard tells El Reg

Pants-purveyor in plea for popularity: It's not just any pork push... it's an M&S 'love sausage'

We've Falcon caught it! SpaceX finally nets a fairing half after a successful Heavy launch

It's a triple A-rated keynote: Azure, AI and Accessibility