Is the writing on the wall for on-premises IT? This survey seems to say so

Suppliers, time to consider that SaaS and/or public cloud angle

Research outfit 451 has run a survey that should get the pulses of on-premises IT suppliers beating faster.

The standout finding was that 60 per cent of the surveyed enterprises say they will run the majority of their IT outside the confines of enterprise data centres by the end of 2019. Their IT is moving off premises to SaaS providers and the public cloud.

All right, settle down there; 60 per cent is not 100 per cent, "the majority" could mean 51 per cent as easily as 85 per cent, this trend could come to a stop, and there is no historical info as this is the inaugural survey of its type. So there is no need to panic if you ship general IT products to on-premises enterprise data centre shops. And yet...

The respondents revealed their main 2018 IT initiatives: 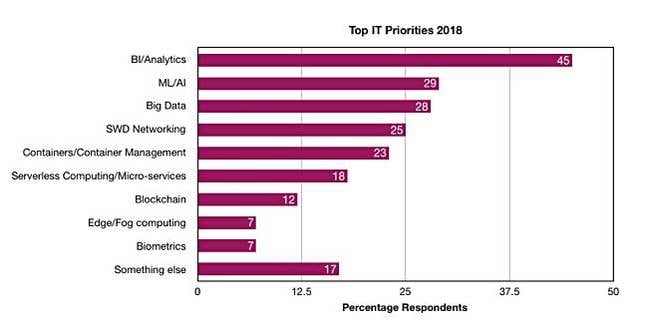 In summary, the top three were:

Around a quarter were concerned with software-defined networks and a fifth were looking at containers and their management, with slightly fewer looking at serverless computing.

Only 12 per cent of the respondents use machine learning/artificial intelligence today. The numbers concerned with blockchain and edge/fog Computing were peanuts at 7 per cent.

So the upshot is: get a SaaS and/or public cloud angle to your enterprise data centre, just in case this move off-premises is going to be real and sustained. If the on-premises tide goes out, you don't want to be left stuck on the sand like unwanted seaweed. ®