US regulator won't pretend that mobile networks are equivalent to landlines 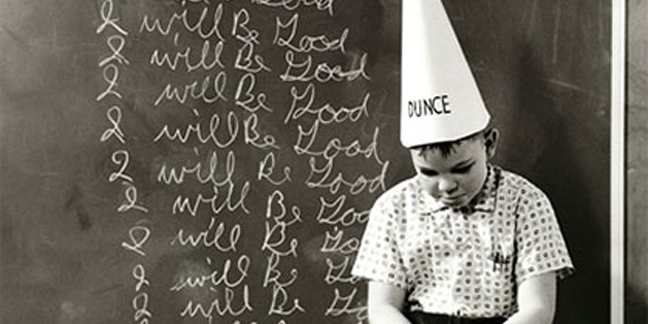 Analysis America's favorite government watchdog – the Federal Communications Commission – has backtracked on plans to downgrade the entire country's internet, agreeing to maintain its current definition of what is broadband speed.

In a "factsheet" put out by the telecoms regulator on Friday, FCC chairman Aji Pai noted that the latest draft of its annual broadband deployment report "finds that the current speed benchmark of 25Mbps [down] 3Mbps [up] remains an appropriate measure by which to assess whether a fixed service provides advanced telecommunications capability."

That decision follows a remarkable effort by the FCC to change the definition of broadband internet to a slower speed by arguing that "internet access" can be defined as either a fixed connection or wireless connection. The definition of fast internet for mobile networks is just 10Mbps down, 1Mbps up, so using it to define "broadband" would drag down the minimum required speed.

And the lower the definition, the easier it is for ISPs to claim they are offering "broadband" internet, in one way or another, in a city or region.

The factsheet now acknowledges the obvious: "Mobile services are not full substitutes for fixed services - there are salient differences between the two technologies… Beyond the most obvious distinction that mobile services permit user mobility, there are clear variations in consumer preferences and demands for fixed and mobile services."

But that's not the only effort to lower the broadband speed. Also included in the FCC's earlier review was the suggestion that broadband speed be defined differently across the nation. In that case, it suggested that what is "broadband" vary according to what the majority of internet users in any given area pay to receive. If a majority only pay for 10Mbps, then that is the definition of broadband for that area.

How about this then?

Even though that approach is even more idiotic than the suggestion that mobile and fixed line networks are equivalent - most obviously because it gives ISPs a financial incentive to put users on slower internet speeds – it appears that the FCC and Pai may still be trying to shoehorn it into the broadband deployment report.

No one is sure what a "holistic view" of internet provision means but it will almost certainly amount to the FCC looking for ways to distort the data to say that internet providers are doing a great job.

The key term appears to be "progress." According to the most recent figures – stretching back to 2016 - only three per cent of the United States has a real level of internet competition where consumers have a choice of three or more providers if they want 25/3Mbps speeds.

Guess which measure the FCC is likely to promote?

Of course, you may be asking why on earth the telecoms federal regulator is trying to fudge its own figures to make the situation look better than it is. And the sad answer to that question is that its boss Ajit Pai appears to view his job as making cable companies happy rather than holding their feet to the fire.

The annual broadband deployment report is mandated by Congress and the FCC is obliged to produce it. The FCC also has the undeniable legal authority to impose controls on cable companies if they fail to improve and expand broadband access across the nation.

Former FCC chairman Tom Wheeler make it plain that he was prepared to use that authority to force the Big Cable giants to upgrade and expand their networks – something that would have eaten into their vast profits.

Pai is the antithesis of Wheeler in that he has been doing everything in his power to give the cable industry what it wants – and this effort to downgrade broadband speeds is part of that push. Cable companies can point to significant advances in 10Mbps networks across the United States; less so at the higher 25Mbps speed.

If the cable companies figures do not improve on broadband deployment, the FCC and Pai will come under significant pressure to make sure they do.

If you don't believe us, just ask the question: where is the 2017 Broadband Deployment Report?

Today's FCC release talks about a draft of the 2018 report and this FCC webpage lists all such reports – but it stops at 2016. So what happened to the 2017 report? It was never published. Why? Because it shows that the cable companies fell short of expected improvements.

Rather than do its job, the federal regulator simply shelved the report and then produced a discussion paper in which it attempted to redefine broadband at a slower speed so the next year's figures look better. Amazing as it may seem, this is what passes for federal oversight these days.

Of course it wouldn't be the Trump era without an additional level of gaslighting. While actively working to reduce the speed and reach of broadband deployment, the FCC factsheet notes that "broadband deployment remains the FCC’s top priority."

It goes on: "Our effort to bridge the digital divide and promote the further deployment of advanced telecommunications capability will remain the Commission’s top priority as we continue our work to deliver the benefits of broadband to all Americans."

To that end, the FCC recently announced a $500m "boost" for rural broadband deployment following two largely toothless executive orders from President Trump earlier this month. In reality, the cable industry asked for the additional $500m to be added to an existing $2bn rollout program in order to cover the additional cost of it having to meet the broadband standard – it had been hoping the FCC would come through on the "mobile is equivalent to fixed line" argument and so only require 10/1Mbps.

But the FCC wasn't able to make that mind-bending argument – especially after Congress got wind of it – and so it simply threw more money on top of an already sweet deal to get internet access out to America's more remote areas.

Accepting that Big Cable has failed to meet broadband rollout goals in the 2017 report that he has suppressed, Pai actually tries to paint the cable companies as victims in their decision to put profit before customers.

From Pai's statement [PDF]: "The draft report indicates that the pace of both fixed and mobile broadband deployment declined dramatically in the two years following the prior Commission’s Title II Order."

So broadband deployment did go down – but only because cable companies were subject to net neutrality rules. Honestly, you couldn't make it up. ®