One namespace to rule them all 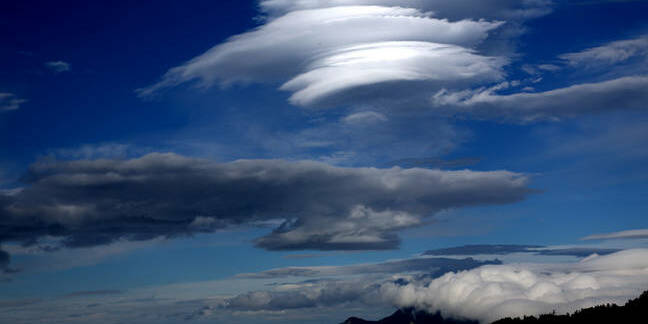 A cloud of clouds

In its HyperStore 7 release, controllers in these four environments form clusters which can route data between the on-premises and public cloud worlds. Adding controllers increases throughput in a near-linear fashion and also increases system availability. Previously HyperStore could tier to the AWS, Google and Azure clouds, but not run in the Azure and Google clouds.

HyperStore 7 provides a single namespace and data management environment spanning these four IT locations with:

The existing HyperFile facility is supported, meaning NFS and CIFS/SMB files can be imported and then read as either objects or files. Imported objects can only be read as objects. Object tagging supports criteria-driven object search to elect data for tiering to or between clouds, to tape or for deletion. Tiering to tape can help guard against ransomware and support SEC 17-4A compliance.

Cloudian said it had experienced more than 300 per cent revenue growth from 2016 to 2017, and doubled its customer count to 200. On that measure it is the largest standalone object storage company. The headcount is at the 120 staff level and heading towards 150/160 later this year. Jon Ash, VP for worldwide sales, said the market for object storage has become mainstream and pointed to a 15EB deal for car telemetry data that the company is working on.

Cloudian is not in the high-performance space and would not pretend to compete in that area with Isilon, Panasas or Qumulo. This market calls for S3 access to an on-premises and in-cloud repository for, we would suggest, nearline files and other unstructured data, such as backup. He says S3 is becoming an important backend target standard there, with, for example, Veeam due to bring out S3 compatibility.

Cloudian is expanding, increasing its presence in the UK, Germany and the Middle East. In the USA it's looking to move into the Federal market, and Ash notes it has no presence in China or India.

Future HyperStore developments could include machine learning-driven intelligent tiering and data movement between clouds. Ash said Cloudian is also looking at NVMe and considering the merits of a flash-based high-performance HyperStore tier.

While Amazon's S3 has become the de facto object storage access API, there is no single industry S3 compliance test. There is a Ceph S3 compatibility test, according to Ash, but it suffers 150 or so errors when tested against the full API. Clearly Cloudian thinks it would benefit from wider use of an S3-compliance test, being convinced that it has the best implementation.

It has produced an S3 compliance test rig and is happy to provide it to anyone that wants it; customers or not. This potentially looks like a good thing for the Storage Networking Industry Association to adopt as a standard and offer under its umbrella.

HyperStore 7 is available, either as software-only or as an on-premises appliance, with capacity ranging from 48TB to 840TB per device. The software can run on-premises or in the cloud, as an Azure VM for example. Appliance pricing starts from less than$0.005/GB/month. ®